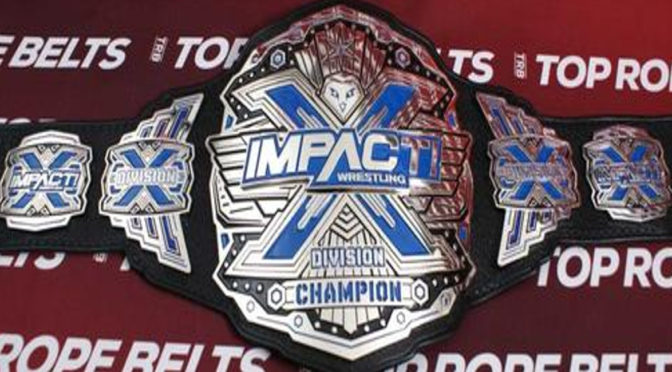 Despite fixing many issues that have plagued IMPACT one of the biggest has been it’s handling of the X-Division, and it’s time to fix that too.

One of the most unique things about IMPACT Wrestling was its X-Division. At a time when IMPACT was one of only two companies wrestling the high-spot style, the X-Division was a breath of fresh air. Allowing the stylings of cruiserweight’s of any size to ply their craft in the ring without regulations or restrictions due to one’s weight.

That’s how it was for a long while but after Hulk Hogan and Eric Bischoff set back the promotion nearly a decade, things are still a bit wonky with the X-Division. Yes, since they left the likes of Samoa Joe, Bobby Lashley, and even Brian Cage have all won the belt. Arguably though, Lashley and Cage shouldn’t have. They were huge draws and should have never been near the belt in the first place.

Yet IMPACT has an opportunity to really fix things and go back to a long-forgotten yesterday. When looking at the current IMPACT roster, there are a few names that can be great X-Division champions if given a chance.

Firstly Willie Mack. The Mack is the perfect choice to embody the X-Division in a modern era. Reminiscent of Samoa Joe but with less violence and more style, Mack would make the X-Division all his own in a way that only he could. If Mack isn’t your style, then perhaps Fallah Bahh is?

While not the worker Mack is, Bahh is an over wrestler, with a unique style and look that no one will ever forget. He’s not the best worker but the potential feud with TJP and a few big title matches could elevate Bahh up the ladder some and really help establish his legacy in the company.

Acey Romero could also stand in as champion. Built more like Abyss than Rich Swann, Romero could really deliver with that whole monstrous heel attitude and roll the division up and beat it like they stole something. If you think he’s too big, how about a pair of Canadians in Michael Elgin or Josh Alexander?

Both men wrestle a style that’s unique enough to blend with the core crop of wrestlers while also being violent enough to make them seamless heels in an otherwise very babyface division.

Bringing in a bit more weight for the division just makes sense with the history of the belt. Heavyweights like Rob Van Dam, Samoa Joe, Abyss, and others have all held the belt and men like Sabu, Ron Killings and more have challenged for it. Don’t disregard the long-touted, but seemingly forgotten mantra of “it’s not about weight limits, it’s about no limits”.

Hell, maybe Tommy Dreamer and Rhino wanna make the belt a bit more extreme? Lets diversive the belt and get a bit wild with it. That’s what no limits is all about, right?