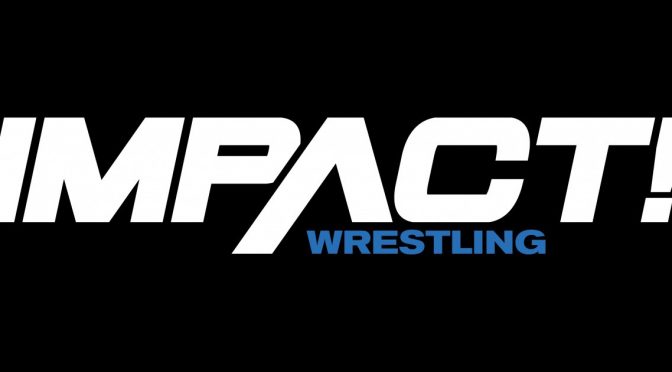 I wanted to do a short write up and talk about the key pieces to IMPACT’s future.  A lot of people don’t really gauge what a true ‘top guy’ would be these days.  Firstly, they need to be versatile.  Any type of match, with any type of talent; they have to deliver.  They also need to be unique and offer something different on brand, but also potentially industry-wide as well.  Uniqueness is your friend, and nothing kills it faster than some hack-ass wannabe who steals your moves.   You also need to LOOK like a star.  Too often people will defend really weak looking wrestlers and talk about how “oh, it’s pro wrestling, it’s not supposed to be real!”

The point stands though, the best and most celebrated workers of all time are the ones who make you believe they can whoop your ass.  No one is going to tell Kurt Angle he wasn’t a legit bad-ass just because he “won” predetermined bouts.  Joey Ryan couldn’t smack a fish without whining however.  He got low balled by every major fed in 2019, why?  Because he’s not believable.

So let’s go through the list of ‘top guys’ in IMPACT and highlight why each one is valuable beyond the rest. 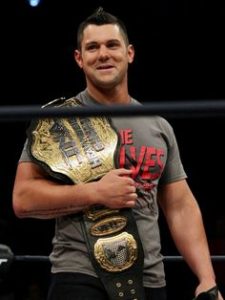 Eddie isn’t exactly an industry  bender.  He’s not turning things  on their head like Cody Rhodes, but he’s the perfect wrestler.  He’s able to have long bouts, but also have a quick finish to squash matches because of his shot-gun like finisher.  He’s versatile as an in ring performer, able to go sixty minutes or toe to toe in a hardcore brawl.  He’s not a very charismatic guy however, but I’d put him on the level of an AJ Styles.  They’ll never give you Hard Times, but their attraction was never supposed to be on a mic anyway, thus making their charisma a moot point.

Tessa Blanchard
– Let’s not get into how IMPACT has bungled some things booking-wise with the Knockouts. 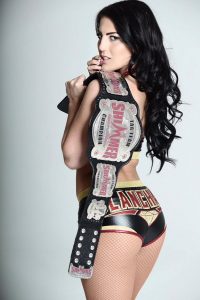 Instead we’re going to just focus on the fact that Tessa Blanchard is the best female talent in all of wrestling bar none, full stop.  She has the look, the size, the brutality with her strikes. She sells better than any woman and knows how to put on a facial performance of a life time.  She’s a five tool player and to deny that is to show an ignorance to this art.  She’s capable of fighting a smaller man and it being believable enough to work, while working a women’s match at the same rate and intensity as her father, the great Tully Blanchard.  She’s also found an ability to emulate her step-father, Magnum T.A. in her ability to get fans to care about her with a simple look.  She’s on the fast track to stardom.

Jordynne Grace
– She may not be the total package like Blanchard, as she is lacking the 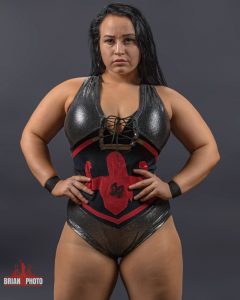 charisma and nuance that Blanchard has but she’s similar to Eddie Edwards.  She’s super versatile in the ring, and has a unique look and frame that instantly draws eyes to her.  She’s not the one people say looks like another women’s wrestler, she’s the one that others use to compare wrestlers.   “She moves like Grace..” “She’s a power wrestler like Grace…”.   Her uniqueness is her own and that has allowed her to move past the bloated middling ground of ‘worker rate guys’ and into her own category.  Save for Dana Brooke for now, she’s one of the few female power wrestlers that are combing muscles and sex appeal.   Unlike Brooke, Grace is also heralded for her in ring work, which makes her someone that is bending industry barriers for what an attractive, top female talent can look like.

LAX
– I have doubts of Ortiz being a big-time singles guy, but not Santana. 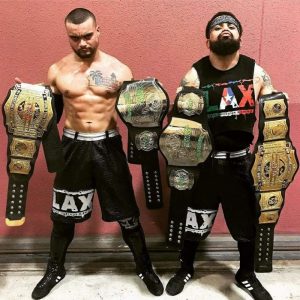 Santana has height and a slender frame, something that isn’t that common.  He reminds me of Shawn Michaels in the way he’s built.  Not overly big, but you can tell he’s powerful.  Yet he doesn’t have Ortiz’s ability to captivate on a camera.  A part they’re missing a piece, together they’re the complete package.  Not since Beer Money has IMPACT had a complete unit, one that’s capable of main eventing on their own.  Their matches range from the athletic to the insane and their ability to waffle across the line of heel/face in a natural and as-needed way makes them phenomenal.  They don’t turn who they are, simply who they’re against.  They’re helping end the need for arbitrary things like ‘good’ and ‘bad’ guys.

Moose
– Moose to me is what Monty Brown could’ve been.  Before you go straight to the “oh, cus they’re both…” argument, no that’s not it.  Both men came in with a one note hook from the NFL, and both men were thrust into the spotlight relatively fast into their wrestling careers.  Brown was asked to work more indy dates to up his game, instead of putting the belt on him.  He balked at the notion and went 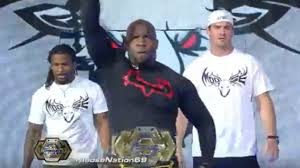 to the WWE.  Moose on the other hand would’ve been a world champion in Ring of Honor had he stayed put, but he didn’t.  He sought greener pastures.  Instead of putting the pressure of a promotion on a guy still wet behind the ears, IMPACT allowed him to find himself.   They gave him top guys to work with and learn from, put him in favorable matches and feuds to help hide whatever minor issues he had.   He was given space and time to learn how to sell not just in the ring but on a mic.  Over time he found his voice and personality and is now one of the better promos in IMPACT, even if he has what I call ‘mush mouth syndrome’.  He’s patient with forming his words, he speaks clearly and with intent and his passion.  His energy and charisma has never been brighter.  Moose is ready for a world title.

Yes, not everyone is on here.  Yes, not every talent has that high of ceiling and yes, not everyone with a high ceiling has had theirs realized.  This is by no means an article meant to take a shot at anyone (besides Joey Ryan).  Brian Cage, Kiera Hogan, Rosemary, they are all valuable and then some.  It’s simply a fact though that everyone else has a big hole in their game somewhere or have lingering questions.   How bad is Cage’s and Rosemary’s injuries? Will they ever return to who they were?  Can Kiera Hogan embrace her new Blue Fame gimmick?  Are talents like Johnny Impact and Rich Swann completed projects (I say yes), and if not can they elevate themselves further?

The five acts (six people) I listed have no real hole to worry about.  Yes, two aren’t great promos, but they’re versatility in the ring make them irreplaceable.  I can replace a Johnny Impact, who’s not a great promo guy and has, at best, good matches.  I can even replace a Sami Callihan if needed.  These five acts however would be near impossible to find a replacement on such short notice.  Finding a shorter, angry, good talker?  Not a hard sell at all.  Hell, Jake or Dave Cirst could fill that role.  Finding a 40-year-old failed film star with a one-note-moveset?  What up, Miz?

If you disagree, let me know on Twitter @NerdCorp.  Otherwise thanks for reading and remember to Watch More Wrestling.