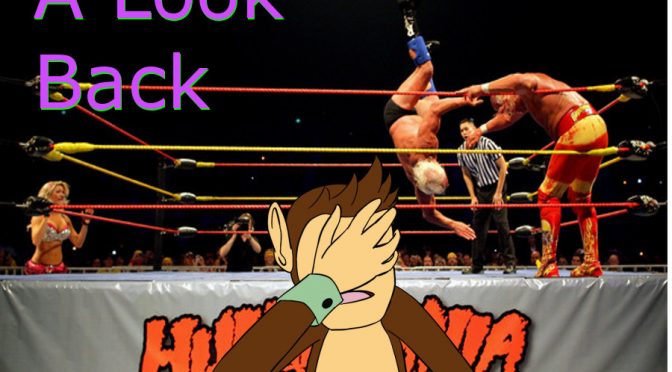 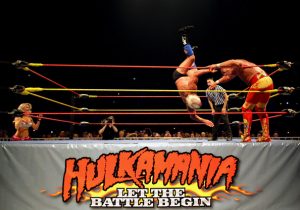 In 2009, Hulk Hogan was looking for a career comeback after the dissolution of his personal wife.  His son was in jail for his involvement in a life-altering car wreck, his ex-wife was dating a 19 year old friend of their daughter, and Hulk was battling suicidal depression while focusing on a new relationship.  On top of all that was the real fact that Hulk was dealing with the sad truth that his in ring career was mere months away from being over.  A man so defined by his profession, forced to deal with a new reality, while starting over financially.

A windfall of opportunity would come that fall in the hopes of easing some of the issues.  In October, news broke that IMPACT Wrestling, then known as TNA, had agreed to a deal that would see Hulk Hogan and Eric Bischoff come into the promotion.  The deal was done to replace Jeff Jarrett, who had been fired from his backstage role as head of the wrestling side of the company

following his involvement with Karen Angle and the fallout from it.

Bischoff and Hogan would take over duties, while Jarrett would be relegated to just a wrestler for over a year.  He’d get some opportunities to expand the brand with All Wheels Wrestling and Ring Ka King, but neither got off the ground enough to be considered serious options.  While Jarret toiled away, Hogan and Bischoff tried to show the world that they were a force to be reckoned with as bookers and promoters.

Let’s skip the suspense, they weren’t.  Whatever mojo Bischoff had in the 90’s clearly died with the nWo.  Hogan was no better, booking everyone based off of name value and not potential, marketability or ability.  It’s almost hard to believe TNA and Dixie Carter would give them this opportunity knowing full well what went down with the failed Australian tour featuring Hulk Hogan earlier that fall.

Never heard of it?  Well, in September of 2009 it was announced that Hulk Hogan would be featured in a tour that he himself put together.  The tour was to feature the best of the best in available names, and would tour around Australia in late November for a total of four events.

To pair Hogan in his return to the ring for the first time since 2007, Bischoff and Hogan convinced Ric Flair to do the show.  Flair was coming out of retirement to do the show, having retired some eighteen months or so in 2008.  The Hogan vs. Flair rematches would feature as the tour’s main event, and would also 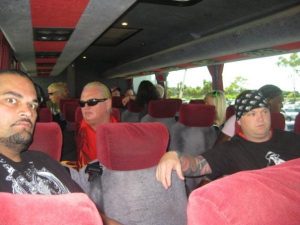 serve as Hogan’s first ever tour of the country-continent.

The four shows would take place in Melbourne’s Rod Laver Arena, Perth’s Dome at Crown Perth, Brisbane’s Entertainment Center, and Sydney’s Super Dome.  The tour started on November 21st in Melbourne, and would continue on the 24th (Perth), 26 (Brisbane) and lastly on the 28th (Sydney).

The tour was filled with former, current and future stars of wrestling which began with Hogan and Flair obviously.  Despite those names, they weren’t the only top draws in wrestling on the show; former Intercontinental Champion Umaga, going by Osu Fatu, was also on the show.  These four nights would actually be the last four matches of his career, as his addiction issues had reached a fever pitch. He’d pass away that December.

Also on the show would be future World Champion in TNA (now IMPACT), Mr. Anderson.  Ken Anderson, known as Mr. Kennedy in WWE, was fired in the summer due to Randy Orton and John Cena politicking and wanting him out of the promotion.  Anderson would become the youngest of the top-draws on the show and would be utilized moderately well on the tour, facing off with the better undercard workers.

Lacey Von Erich, who’d go on to have a nice little run in TNA as well as a member of the Beautiful People would also be featured as Ric Flair’s valet.  The future Knockouts Tag Team Champion wouldn’t wrestle but would participate in a bikini contest or two against local and national models; none of which I recognize. 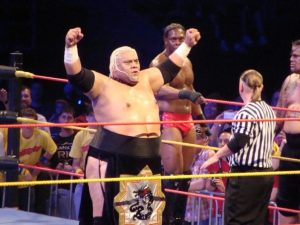 Shannon Moore, Spartan 3000 (Matt Cross/Son of Havoc), Brutus Beefcake, Vampire Warrior (Gangrel) Big Daddy Row Row (Rosey) and Black Pearl (member of the Anoa’i family) were the other stars of the tour.  Rock of Love (Billy Blade and Kadin Anthony), a California based tag team, were also on the tour but never turned it into a full time gig elsewhere.

Interestingly enough, Paul London was actually booked for the show and while it’s hard to find anything concrete about why he didn’t make it, it’s safe to say it was due to an injury.  He didn’t wrestle at the end of 2009 much – if at all, so it’s very likely that London was hurt and couldn’t make the tour.

Viscera going by King V was also booked, but pulled out to film The Legend of Awesomest Maximus.    The other name that was in talks, according to the man himself, Danny Bonaduce was also lined up for the show.  Bonaduce was part of Hulk Hogan’s Celebrity Championship Wrestling alongside Dennis Rodman, Screech, Butterbean and Trishelle Cannatella that debuted in 2008.   Despite Bonaduce working with Hogan previously, Hulkster and the Douchester couldn’t get a deal done.

There were rumors of Rob Van Dam and Jeff Hardy thrown about, with Hardy being likely until the severity of his 2009 arrest became known.  Neither were used on the tour, but both would go to TNA with Hogan a few months later.

In fact most of the names on this show would either be in TNA within a month, or had been in TNA.  Shannon Moore, Kishi, Brian Christopher, and Umaga had all be in TNA previously, with Orlando Jordan, Sean Morley, The Nasty Boys, Mr. Anderson, Lacey Von Erich, Flair and Hogan himself all joining after the tour.  Many believe that there were a lot of financial issues, and Hogan getting those names into TNA may of served as a way to get himself off the 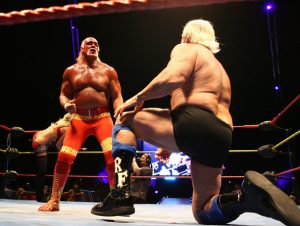 hook for any debts owed to the talent.

The shows were, at best, solid in their action.  For Australia that’s not a bad thing, considering they weren’t getting many big pro wrestling tours.  It’s certainly not like now when you have New Japan willing to work the region.  The shows also did alright considering modern attendance figures, with the first show pulling in about 8,000 people.

The sad thing is that TNA had a tour of Australia planned just two months later and rumors claim that due to the poor sales of the Hogan tour, TNA scrapped the plans.  They were going to use a bulk of the wrestlers that Hogan used, and TNA needed to hit higher numbers than Hogan’s tour did to make a profit.  The sad truth is that Australia just wasn’t a viable option for major companies after 2000.

The event by and large was a disappointment and left fans wondering what could of been. All four nights were recorded for a DVD that would’ve been edited into a special for Australian t.v. but the company handling that responsibility went belly up.  Hogan now refuses to release the recordings due to the money owed to him, and the fact that he’ll probably never see a proper return on the tapes.  That being said, be it the WWE Network or IMPACT+, both brands would be able to market the hell out of the tour as a special attraction to their service.  Would Hogan sign it over? Who knows, but I know I’m curious how the last one on one matches between Flair and Hogan went.

While the tour was a failure for all intents and purposes, it did leave us a little bit of wrestling lore that most of us will never see other than with personal recordings.  It was so speculator in its attempt that the stories about it have to be legendary.  This isn’t something I’m going to let go anytime soon, and I may just do some digging to find some true kernels of info that will bring this thing back to the wrestling zeitgeist.

Until then, let’s just bask in the knowledge that in the span of 14 moths, Hogan launched a failed reality series involving celebrities, a failed wrestling tour and then a failed stint as head of TNA.  The true trinity of suck.