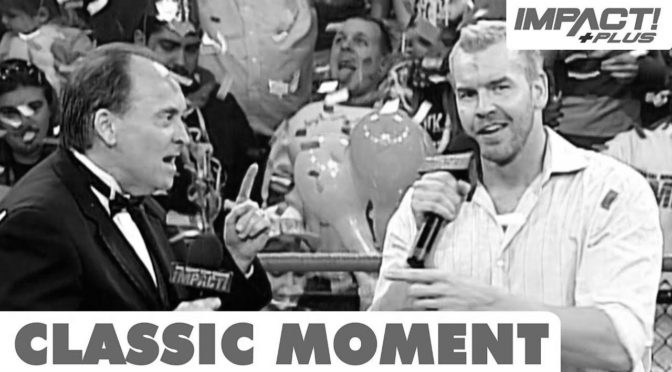 The new year is here and it’s time to look back at the year that was. Pro wrestling and the country at large really is entrenched in this dogged and toxic tribalism that is tearing apart not just the country apart but more importantly; fandoms.

It’s pretty obvious that fans need to treat each other better, and that journalists and pundits need to treat their critics and their industry better as well. So for 2020, let’s try to not just be better, but do better. This doesn’t mean there won’t be growing pains and quippy remarks. It just means that when it’s time to be serious, we try to be more serious.

So with that said, let’s look at some resolutions.

Be more open to other options

Part of the issue with pro wrestling is the tribalism. Those big companies don’t want your loyalty, they want your money. They’re never going to cater to just you, so why are you only supporting them? That’s not to say you can’t have a favorite, I do. I rep IMPACT Wrestling but back in 2006, they were the only brand I wanted to watch.

Now in 2020, I watch MLW, NJPW, IMPACT, and the occasional indy event. I’d like to watch more, I just don’t have the time. Support more wrestling. Support as many as you want and as many as you can.

And for the last time, bigger doesn’t mean better. Stop using that as the reason for why everyone should just go to the WWE. We all know their booking is garbage.

Stop making excuses for wrestlers you like when they mess up.

When you think of Lars Sullivan, the fanbase just slams him endlessly. Yes, he said some trash, but when do we forgive as a society? Why is he being dragged as endlessly as he is when you have Randy Orton skating back day after day? The man sexually harassed co-workers, violated other wrestlers during his time in OVW, and has incident after incident to his name during his tenure. Yet fans persist. When he was formally accused by Court Bauer and Freddie Prinze Jr for exposing himself to WWE’s creative staff, and forcing them to shake his hand after he fondled himself, Orton responded by mocking the accusations. He walked around the ringside area during a TV taping and purposely made light of the situation.

Yet fans support him. If you’re going to endlessly drag wrestlers for saying bad things, you better up your aggression and disgust with even more severe crimes. Otherwise, you’re nothing more than a bully. It’s time we stopped pretending that saying dumb things are worse than actual crimes.

Don’t equate long for good or short for bad

This comes with wrestling matches. For some reason, fans will be the first ones to scream “UGH IT WASN’T LONG ENOUGH” to a match. Why does a match HAVE to be long? If you can tell a story in eighty seconds, shouldn’t you? This is presented as a sport, but more specifically as a combat sport. Sometimes the better guy can just win in 90 seconds. That’s how you make top stars, by creating distance between top guys and everyone else.

If you don’t do short matches, then it makes everyone look barely better than one another and that’s just not true. If you put Stipe Miocic against Johnny Homebody, Stipe’s going to eat him alive. The reason why you don’t see that happen in MMA is that there are only a select few times these athletes can actually fight. Yet in wrestling, you can have a competitor going once a week at least. You can easily showcase how your top talent is supposed to be seen with shorter matches. If you put Roman Reigns against Erick Rowan, let Reigns win in under five minutes, even if Rowan has a few big moves to make himself look good.

Just get out and go to more shows. Most promotions and talent make their most money in live attendance. Wrestlers can hock their merch, promoters get a tangible income and you get an experience that always beats watching the same thing on a screen alone. In your room. At three in the morning.