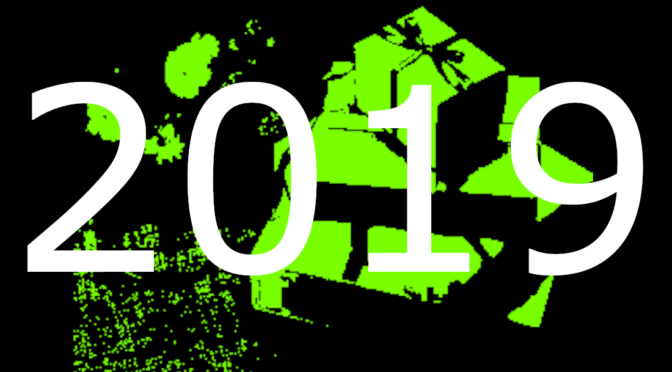 The world of pro wrestling gave us a lot of gifts in 2019. Some might be returned with a full or partial refund in 2020 but for the most part, 2019 was great for pro wrestling fans.

It was a year of excitement, twists and turns that no one saw coming and the beginning of hopefully a new standard in the business. Not a boom period per se, but a new normal.

So here are the four greatest gifts we got as wrestling fans in 2019.

The use of KENTA in the WWE was a disaster. He was misused, terribly booked and injury-prone. When the workload is so demanding, injury-prone isn’t an individual issue but a company-wide issue. KENTA left the company and returned to Japan, something everyone saw happening. The only question was if he’d end up in his old home of Pro Wrestling NOAH or if New Japan’s large lure be enough to bring him in.

Despite NOAH showing signs of life with their new ownership group, redesigning the NOAH logo, retiring the Misawa Green ring and going in a new direction, KENTA opted to make up for lost time and re-establish his legacy in NJPW.

Since debuting in NJPW, KENTA has gone full anti-Ace on the promotion. KENTA joined the Bullet Club, turned his back on longtime friend Hirooki Goto, assaulted injured NJPW icon Katsuyori Shibata and even won a title in the promotion. He and Jay White revived Bullet Club as the top heel faction in pro wrestling and simultaneously reestablished himself as a guy fans should pay attention to.

Jeff Jarrett in the Royal Rumble

Jeff Jarrett has an up and down career in the eyes of wrestling fans but it’s not completely deserved. It’s just been easy to dunk on him because the WWE hype machine slandered him throughout ’99, and into 2001. He started two wrestling promotions, in his post-WWE career, launched dozens if not hundreds of careers and had Match of the Years with everyone and their brother. In some cases literally.

His career was marred by two major disappointments in his TNA/IMPACT career. The first in 2009, when Jeff Jarrett lied to Dixie Carter about his relationship with the then-top star’s ex-wife Karen Angle. Jarrett and Karen would then get married after the fact. He’d leave TNA in 2014, and start Global Force Wrestling which was little more than a touring promotion. Eventually, Jarrett would return to IMPACT in a management role in 2017. Right off the bat, Jarrett started trying to transition the brand to be Global Force Wrestling, but a drunken incident during TripleMania that year, caused IMPACT officials to fire Jarrett yet-again.

It seemed like Jarrett’s time in the spotlight was finally over, until 2019’s Royal Rumble match. Jarrett returned as the 2nd entrant of the match, to a huge ovation. Jarrett would also be hired on as a producer for the promotion, allowing him another shot at the limelight. Jarrett continues to make sporadic appearances on television for the WWE to this date.

IMPACT was on death’s doorstep in 2015 and 2016. Panda Energy was gone, Dixie Carte was struggling to keep the brand afloat, and Billy Corgan had started to gain more and more power within the promotion much to the determent of the image of the company as a whole.

They lost their Spike TV deal in 2015 and landed on Destination America which was a severe stepdown. A change to a better network in 2016 with Pop TV would happen but by the end of 2018 that deal was done. A terrible spell on the Pursuit Network would last from the start of 2019 to about October when finally good news would happen.

IMPACT’s parent company, Canadian television group Anthem partnered with several individuals to purchase AXS TV. It’s now the permanent home of the company, giving them complete autonomy over their future for the first time since they launched.

The American market for pro wrestling is the staunchest and deepest it’s been since the death of the territory days. Ring of Honor, IMPACT Wrestling, All Elite Wrestling, Major League Wrestling and of course the WWE all have major TV deals in 2020, with rumors of MLW getting a better one right around the corner.

While NJPW opted to end their relationship with AXS TV and IMPACT Wrestling, they might have their best option of growing their brand than ever before. Now NJPW is launching an American tour company featuring Japanese and American stars.

With the announcement of the brand, and the expectation of the U.S. Champion, the L.A. Dojo students, and some of the companies top Gaijin talent, the brand should be an instant success. if they’re able to land a new cable deal in 2020, then the brand might be better off than ever before in the states as it continues to grow internationally.