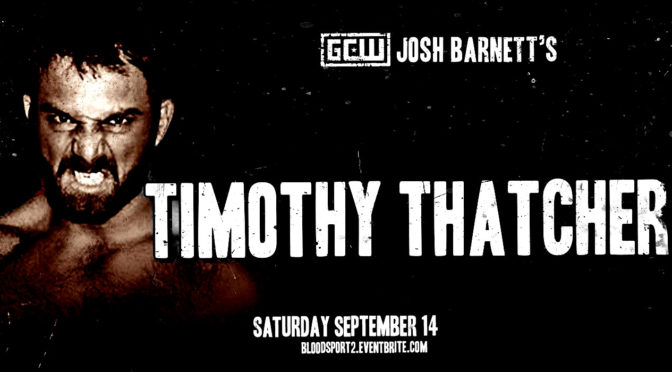 Bloodsport III or Josh Barnett’s Bloodsport 2 as it’s being officially called has just announced two more names to the show on September 14th.  Joining the main event of Jon Moxley vs. Josh Barnett will be the first ever Women’s of Honor Champion Sumie Sakai and arguably one of the three best grappling pro wrestlers in the business today, Timothy Thatcher.

Sakai is a well renowned judoka, so she does bring more combat fighting experience to a roster that is rather lacking in high profile notoriety.   As for Thatcher, he’s been strictly a pro wrestler as far as I can tell, but his grappling and physicality is right at home at the event.

Outside of Filthy Tom Lawlor, Josh Barnett and Ikushi Minowa, most of the talent on this card have very little to no actual combat expierence in anything like competitive grappling, professional martial arts, boxing or even MMA.  Some have minor experience but it’s limited at best.

There’s still time to add a few more names.  As of last glance there’s no Dominic Garrini, or Jonathan Gresham as of right now.  Plus there’s always a chance we get a Dan Severn/Ken Shamrock sighting.  Which would make this event must see.

It’s a lighter card on name value, but it easily could be a better card in execution.  Only one way to find out for sure and that’s tuning in.