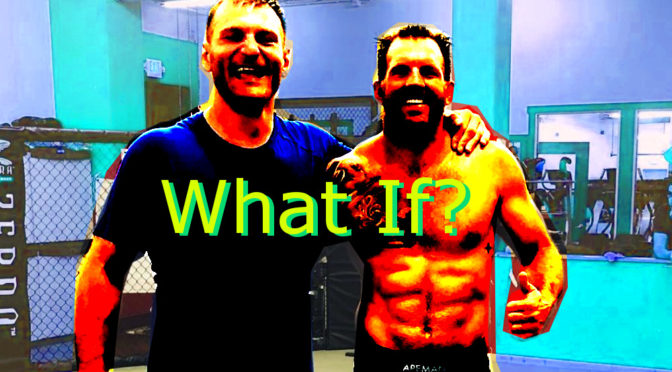 Stipe Miocic just beat Daniel Cormier for the UFC Heavyweight Championship.  After getting dominated for three rounds, Stipe was able to come back in the fourth and worked Cormier’s body over.  The onslaught on his body allowed Miocic to drop Cormier’s guard, and pummel him into the corner for a clean TKO victory. Miocic took the belt back for his 2nd title run, and Cormier talked about retirement following the fight.

Bellator’s President Scott Coker then tweeted out about Ryan Bader being the best heavyweight in MMA; fans went wild over the claim.

Which is pretty atypical of UFC cans, they get shuffled propaganda all the time, so it’s no surprise that anyone else making a statement that contradicts what Dana White tells them would in fact send them in a tizzy.

However, Coker may not be wrong.

Firstly, Cormier dominated the fight with Miocic and he did so without taking Miocic to the mat after the first round.  There were some mild attempts but there was no concerted effort on Cormier’s part to take Miocic to the ground.  A place that Cormier nearly ended the fight from in the first.  For some reason Cormier decided to stand and bang with a guy who has 15 wins by knockout out of 19 possible wins.  That’s 78% of his fights ending with the other guy eating leather.  Why would you dare stand and bang with that kind of guy?

Ryan Bader does not stand and bang often.  He’s just as comfortable going for a ground and pound mauling as he is a knockout, earning 12 wins by decision and 12 wins by knockout.  Bader is also someone who’s not going to pull a Stipe and wait four rounds to change his game.  He’ll stand and bang but take guys down too.  As he’s bigger and stronger than Cormier (and in better shape too), he’d prove to be much harder for Stipe to battle against if Bader were to shoot on him.  If there’s one thing we can all agree on is that Stipe Miocic has no ground game to save his life.

Another point of contention, Ryan Bader has 27 wins and 5 losses in his career.  Yet he’s never loss at heavyweight.  For years Bader cut weight to go toe-to-toe with the best light-heavyweights of all time.  Jon Jones, Lyoto Machida, Tito Ortiz, Glover Teixeira and Anthony Johnson.  Yet since moving to Bellator and the heavyweight division, he’s undefeated.  Say what you will about Chael Sonnen, King Mo and Fedor Emelianenko but that’s no one to sneeze at.

Looking at Miocic’s heavyweight hit list, Cain Velasquez, Junior Dos Santos and Francis Ngannou.  In fact if you look at his win streak before losing to Cormier, you can’t argue that he didn’t face any ‘in their prime’ heavyweights either.  Mark Hunt was 41, Andrei Arlovski was 37, Fabricio Werdum was 39, Alistair Overeem was 36 but no longer the fighter he used to be thanks to a lack of steroids, Junior dos Santos was 34 but is also 4-3 in his last seven dating back to his first fight against Miocic. His only prime fight was against Francis Ngannou, and Ngannou isn’t the most dynamic of talents.

Looking at Bader’s list with Fedor, Sonnen, and King Mo then adding in Phil Davis, Big Nog, Rashad Evans and Rampage Jackson, it’s a pretty fair list.  All card on the table, some of the guys Bader beat were in fact past their prime too, no doubt about it.  That’s the point though, they’re very similar in their career winnings.

It’s impossible to say that Bader would beat Stipe or that Stipe would be Bader, because we don’t know. If Bader stuck to the ground, he could easily beat Stipe because of Bader’s ground and pound style.  However, Stipe only ever knocks people out it seems, and all five times Bader loss was by stoppage (3 by KO).  So you can knock Bader out.  Though if Cormier was any sign of Stipe’s accuracy, you’re going to swing a lot to get a knockout.

The only way to truly know if the 2x UFC Heavyweight Champ can beat the 2 divisional champ of Bellator is to put them in the same ring and let them go at it.  I’d place my money on Bader, if Bader doesn’t pull a Cormier and try and swing with Stipe. However, Stipe’s got the instant power to turn the fight around.  That’s hard to come by.

Fans need to stop drinking big-brand-propaganda and just enjoy the multitude of promotions out there right now.  There’s only one true winner if Stipe and Bader were to face each other; and that’s us – the fans.