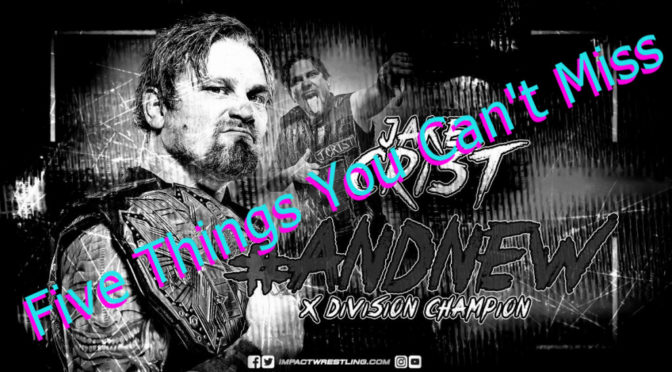 The Rascalz and Gail Kim
– The Rascalz continue to be the best part of IMPACT every week thanks to their ability to show off their dynamic personalities.  While Wentz usually steals the show, Trey has gotten more and more quotable as he becomes more comfortable.  He’s ascended into Caprice Coleman levels of facial reactions.  The whole angle of Wentz and the sudden appearance of Gail Kim going to a Jonas Brothers concert together was great.

Ace Austin, Married Ladies Man
– Ace Austin hasn’t had much of a gimmick besides ‘Street Magician’  lately and to see him finally have an angle was great.  Apparently Austin is going after Alisha Edwards, which will undoubtedly bring in Eddie Edwards.  If this goes and makes Austin a darker persona, one to bring Eddie back from the brink, that’s a win-win in my book.

Stone Rockwell, God
– In an attempt to woo Ms. Edwards, Austin did the whole ‘dick in a box’ trick.

Alisha didn’t fall for it, and as she walked away Austin was still begging her to check out his ‘little birdie’.  Stone Rockwell, a man of the people and animals a like, decided he needed to help the said bird and yanked off the top only to discover Austin’s “bird” was “malnourished” and leading the poor thing off to feed it.

If Stone Rockwell doesn’t make you happy, you have no soul.

Daga in LAX
– With Santana and Ortiz weighing their options, it looks IMPACT isn’t standing pat bringing in one of Mexico’s best overall wrestlers Daga into the company.  It’s looking like they’re going to fade out the 2nd incarnation of LAX, also known as EYFBO, and replacing them with other top talent.  Daga and whoever else is brought in, should be more elegant and regal in their approach.  Let them stand out from the past incarnations of the gang. 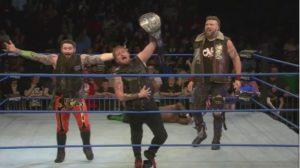 Rich Swann, who himself had a great run, and then went and had the best post-title win promo in all of history.  Jake Crists win highlights his uniqueness and individuality in a time and place where tag partners are mostly the same.  Dave Crist would be so suited for a TV or Hardcore title, neither of which exists in IMPACT at the moment but maybe one day soon.  Jake’s title win I don’t think is going to be for long, but I’ll love every second of it while it lasts.