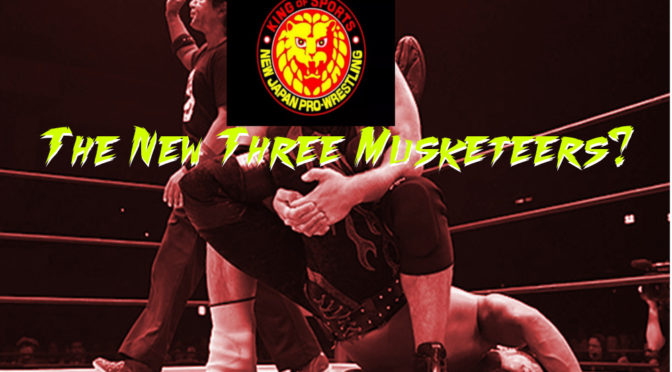 New Japan Pro Wrestling’s 29th G1 has been incredible lately.  The tournament has so far been dominated by two former WWE cast-off’s both of whom made their debut in not just the G1 this year but in New Japan proper as well.  The former Hidea Itami and Dean Ambrose are now leading their respective blocks as KENTA and Jon Moxley, and doing so with style, grace and in Moxley’s case a lot of piss and vinegar. What makes them so unique so far is that Moxley is having wildly unique matches each time he wrestles and KENTA has been jeered by the NJPW faithful, as his NOAH-scent is still very strong.

KENTA will of had a major test on Saturday as he is set to face off with fellow block-leader Kazuchika Okada.  The winner will be atop the standings and will be hard to chase down at about the half way point in the tournament.  Moxley on the other hand just made Shingo Takagi tap out, something that Shingo hasn’t done in a very long time, and has losing at all in NJPW is an unfamiliar concept as well for Shingo.

Shingo has elevated himself higher as well.  Despite losing to Moxley, and being at 2-2 in the G1 at the time of writing, Shingo has never been hotter.  Losing in the Best of the Super Juniors tournament only added to his mystique and his matches so far in the G1 have shown more than just the Dragon Gate faithful how good he truly is.

Shingo, Moxley, KENTA and  fellow new comberJeff Cobb all represent first year participants that are putting on some great outings.  The quartet left Dragon Gate, WWE and Lucha Underground within the last year to venture to New Japan, and it appears as all four are being given a strong G1 showing in order to keep them atop the card and continue to strengthen the roster’s depth.  While Cobb isn’t make the same waves as the other three, The Transplant Musketeers if you will, that’s mostly because Cobb isn’t committed to NJPW full time yet and is only there as part of the ROH/NJPW talent swap.  That should change relatively soon, as NJPW is fond of Cobb and ROH isn’t in the best shape right now to keep the Olympic wrestler.

Of the three, Shingo is the most vaunted newcomer with all due respect to the others.  While Mox and KENTA have the name, it’s Shingo who’s getting the buzz.   We expected KENTA and Moxley to do this, but I think fewer saw the benefit of Shingo’s arrival in NJPW outside of just hurting Dragon Gate.  With the three men all arriving in NJPW with chips on their shoulders and a desire to show the world what they can do, I’d be surprised if we didn’t see them all finish strong.

Moxley’s obligations to AEW might prevent some success in NJPW but I think he’s clearly better suited for NJPW than AEW right now.  More so, if he’s able to do both without issue, Moxley could be even bigger in NJPW than he is currently in AEW.  Mox, KENTA and Shingo might just be the next three great NJPW talent, and the G1 will help show us if they’re long term options for the beastly NJPW promotion.