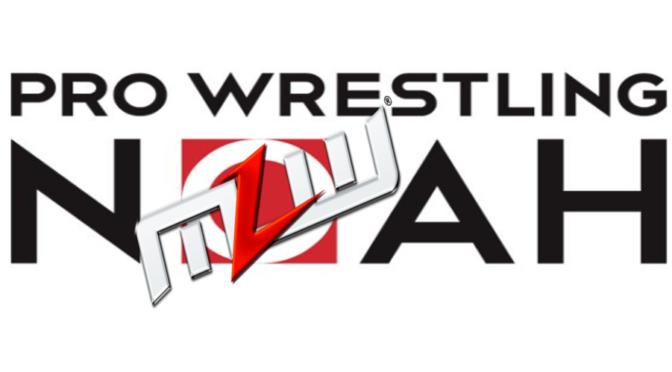 Gotta give it to Court Bauer cus he landed a prize partnership with the rebooted Pro Wrestling NOAH.   The deal came about three weeks ago but just reported at the end of the business day this past Thursday.  The move is a surprise due to NOAH promising to focus more on their stars and not do talent swaps or work with other companies during their relaunch of the NOAH wrestling brand.

When they got bought by LIDET Entertainment this past Winter, they made the decision to make many major changes.  One was retiring the old ‘Misawa-green’ mat that was iconic with the brand since the start, as well as updating the logo to something more modern and sleek.  They also started using a classic white mat face from now on.  The new representation, as well as NOAH’s decision to limit other company involvement was met with some push back from the fan base.

Now they’ve seen to have made an about face, only about two years or so since IMPACT’s Eddie Edwards became the first foreigner to win the GHC Heavyweight Championship.  The brand probably felt they needed to make a move, as long time mainstay KENTA made the decision to reject a return to NOAH and sign with rival New Japan Pro Wrestling.  The two big mainstays in NOAH right now are Naomichi Marufuji, one of the highest ranked individuals in all of NOAH, and retired legend Kenta Kobashi, who still does support the brand.  Both men have given their approval for KENTA to join rival NJPW, though Marufuji was a bit upset at first due to the timing of the announcement.  The day KENTA joined with NJPW (June 9th), was also the Mitsuharu Misawa Memorial 2019 Match, a tenth year dedication to NOAH’s founder and former All Japan Pro Wrestling legend Mitsuharu Misawa.

That said, it does appear that NOAH will always be willing to bring back KENTA should he want to return.  That’s why the alliance with MLW is so important to NOAH.  They have several ex NJPW names and MMA fighters on their roster that Japanese fans will know; like former NJPW wrestlers  Low Ki, and Davey Boy Smith Jr, as well as MMA fighter ‘Filthy’ Tom Lawlor.  What’s more, Marshall and Ross Von Erich will now be able to return to the promotion where they started their careers.  That’s a lot of recognizable alent that could help NOAH   This is a win for NOAH and MLW in every sense of the word.