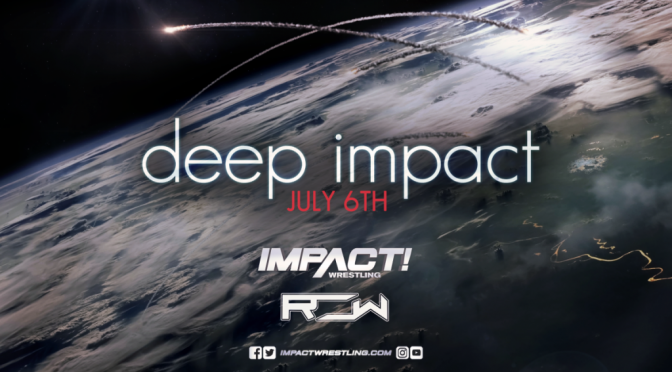 IMPACT Wrestling is getting back in bed with ‘King Bookha!’, who as we all know hails from the country…of Africa.  For the live of me I can’t find that video where he said it, but he said it.  I have some concerns about doing deals with Booker after the way he left; not wanting to put over Matt Morgan and “allegedly” not wanting to put over the British Invasion at Bound for Glory 2009, to the point he was written out of the match.

I like Booker T a lot.  Through WCW/WWE, he was one of my all time favorites, but his run in the-then-TNA really soured me on him.  However, different management, different owners, different circumstances.

Much like with WrestlePro or Defy or whoever IMPACT is working with this week, the idea that any matches involving anyone but Booker T would be a “dream match” is laughable.  Yet, I hear good things about his training, and his students speak highly of him.   So there might be some talent within his promotion that could catch an eye or two.

Yet the only way this show is a success for their Twitch streaming is if Booker T wrestles.  More over, if Harlem Heat wrestles.  Stevie Ray has announced he’s done after the most recent title win in ROW, where Harlem Heat won the tag team titles, so it’s unlikely we get Harlem Heat, but man that could be wild.

There’s also Rob Van Dam however, with whom Booker was a world tag team champion with, so maybe those two vs. LAX?  I’d watch that.  Booker T and Scott Steiner re-uniting and facing off with the Lucha Brothers could be real entertaining.  Or just Booker vs. an Eddie Edwards type.

Just as long as he compete.  If he doesn’t, I don’t like this pairing.  Even Pat Buck wrestled for WrestlePro when they paired with IMPACT.  Scott D’Amore got into the ring in a six man.  Please don’t tell me that Booker isn’t willing to do the same.  I don’t doubt he’d be up for it, but I’m just not sure.

Then there’s Booker’s status with the WWE that has me flummoxed.   Who knows if he even can.  There might be some really great prospects that really intrigue me.  If that’s the case, then awesome, yet there exists a real opportunity to have Booker T and Stevie Ray in an IMPACT Wrestling ring for the first time together, ever, and IMPACT better be pushing for that.

Otherwise I’ll be one mightily sour man.   The press release for the show is below, with photos of Booker’s ‘gym’ with it. 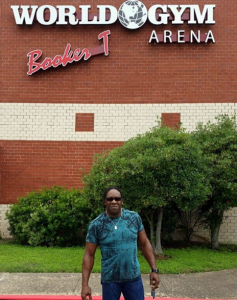 6, at the Booker T World Gym Arena near Houston, both promotions jointly announced.

Deep Impact will feature cross-promotional dream matches with the stars of IMPACT Wrestling battling the stars from Reality of Wrestling in the first-ever intra-promotional show.

Booker T is the owner of Reality of Wrestling, which has been training and developing top wrestlers from around the world since 2005. He had a legendary in-ring career himself, shining in WCW, WWE and IMPACT Wrestling – and he is a two-time member of the WWE Hall of Fame, including his 2019 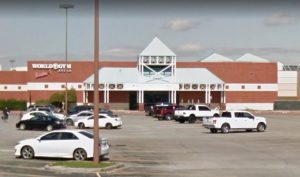 induction with his brother Stevie Ray, as the WWE honored the 10-time tag team champions, Harlem Heat. He was the inaugural Legends Champion and a World Tag Team Champion (with Scott Steiner) during his run with IMPACT Wrestling.

“IMPACT Wrestling is always looking to expand the wrestling landscape and give fans more and more dream matches, and Deep Impact will do just that,” said IMPACT Executive Vice-President Scott D’Amore. “Joining forces with Booker T is an honor as he is one of the most respected wrestlers of all time.”

“Reality of Wrestling has always been about spotlighting young and fresh talent, so to be able to put our talented men and women on the same stage as those from IMPACT Wrestling, it’s

going to be a night to remember,” Booker T said.

Reality of Wrestling is the flagship of professional wrestling in the State of Texas, led by multi-time former ROW Champion Gino and featuring Mysterious Q, “Ruthless” Ryan Davidson, Terrale Tempo and the high-energy team of Zack Mason & Warren Johnson, among others. Reality of Wrestling airs on FITE TV every Sunday at 3:00 p.m. CST, on Reality of Wrestling’s official YouTube channel, and at realityofwrestling.com.

Matches for Deep Impact will be announced in May.