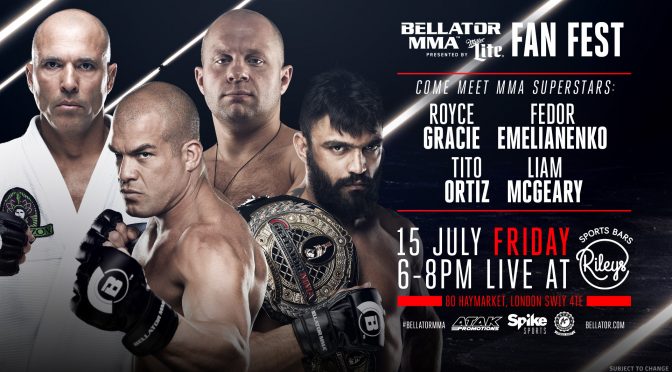 This was going to be a Josh Barnett featured column, with him being the number one pick, but since I came up with the idea he’s since been signed by Bellator and will more than likely face off for the Bellator World Championship before the end of the summer.  So he’s no longer on the list, but the next names are a mixed of star power and potential; done to help grow the awareness of the brand.  This is not a list of the ten best talents, but the ten names that could help grow exposure.

Let’s be honest, Bellator has talent, they just lack name value.  So scoff at these ideas if you will, but remember everyone on here offers something unique to the roster.

Just a quick explainer, I’m avoiding ONE or Rizin fighters  due to the contractual loopholes that would arise.  Let’s be honest, the best free agents were gobbled up by ONE a few months back.

cut might be in order to Welterweight but Winn is currently undefeated and already has a Bellator win to his name.  The only good thing to come out of that disaster of a contest with Chuck Liddell and Tito Ortiz last year was Winn’s victory over Tom Lawlor.  At 29, and with an impressive victory over Lawlor, he would bring some intrigue to any division he steps in for Bellator.

#9 Dulce Maria García Rivas aka Sexy Star (Women’s Flyweight)
Weight Class: Women’s Flyweight
Record: 1-0 (Boxing Record: 4-0)
Age: 36
– Say what you will about her as a person, and some wrestling fans will, Rivas is a skilled fighter and has the looks and cross borders appeal to garner interest.

Rivas is still extremely popular in Mexico, and just won her debut bout against Mariana Avila.  She’s 36, yes, but that is no longer a big issue in the world of sports . Rest and recovery techniques are better than ever, prolonging an athletes prime beyond the norm of ten or even five years ago. Her association with Combate Americas could result in a huge revenue stream from Mexico if she and other top fighters were to make their way to Bellator.

#8 Tito Ortiz
Weight Class: Light Heavyweight
Record: 20-12
Age: 44
– Yes, at 44 years old, you have to wonder how much longer he has left as a fighter.  However, something has been slowly developing with Ortiz. 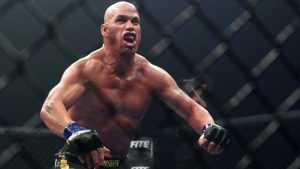 Not only does he still have a desire to fight, he’s actually carved out a strong second half to his twilight.  So far he’s 4-1 in his last five fights, going 3-1 in Bellator.  If the company were to bring Ortiz back into the fold, they wouldn’t be making a huge risk.  Yes, his last win was that disaster of a fight against Chuck Liddell, but at no point did anyone not think Tito could still go.  Ortiz has indicated wanting another fight in the near future, so if he’s for sure, maybe a title fight against Ryan Bader at Light Heavyweight could pique some interest.  Or how about a rematch with Chael Sonnen if Bader opts to vacate the 205 title.

#7 Ronda Rousey (Women’s Bantamweight)
Weight Class: Women’s Bantamweight
Record: 12-2
Age: 32
– Rousey is a the most popular female fighter of all time, but she’s far from the best.  While she would bolster the brand name more than any other fighter on this list, the problem is her availability and her fan reception. 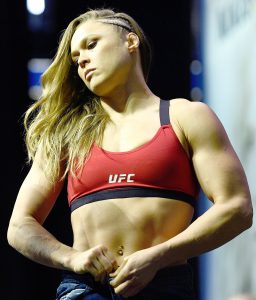 She’s lost her aura of invincibility and has been exposed for being very little more than a woman who cuts weight, and out muscled smaller fighters.  The minute she fought strikers, she got leveled.   So fans aren’t too keen on seeing a return.  Despite that, she’s still a name and Bellator would over pay to get her, for sure.  The problem however pops up with her availability, and not just with the WWE.  Rousey is in full on baby-making mode (God, help that kid).  Would she come out of retirement after she gives birth?  Who knows.  That’s why she’s so low, because the likelihood she ever un-retires is pretty low.

#6 Alberto Rodriguez aka Alberto El Patron
Weight Class: Light Heavyweight/Heavyweight
Record: 9-5
Age: 41
– You may not know this, but El Patron (or Alberto Del Rio if you’re nasty) is 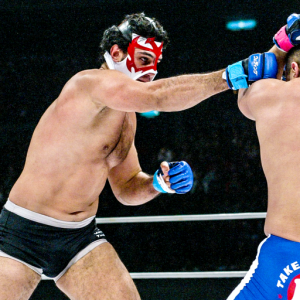 actually an accomplished MMA fighter, earning nine wins.  While he’s 41, unlike other late-starters like Rivas or current Bellator Heavyweight Jake Hager, Patron already has the training and experience needed.  He even has a bout against Mirko Cro Cop to his name.  That he lost.  By head kick.  Because Cro Cop.  Yet, his name value to the main stream audience exists and could be of value.

#5 ‘Filthy’ Tom Lawlor
Weight Class: Light Heavyweight
Record: 10-7
Age: 35
– Lawlor isn’t someone who has a lot of name value in the MMA community but he does in the

pro wrestling community.  He’s racked up ten wins in his MMA career but lost to #10 Deron Winn and UFC fighter Corey Anderson in his last two bouts.  Yet he’s revived his fighting career, more or less, in Major League Wrestling; wining their World Championship from Low Ki.  He’s now the face of the promotion and can help bring some new eyes to Bellator.

#4 Miesha Tate
Weight Class: Women’s Bantemweight
Record: 18-7
Age: 32
– She currently works for ONE Fighting Championship but not as a fighter, and therefor may not have the same issues working with Bellator as a Demetrious Johnson or Sage Northcutt  would have, presumably.  She did lose her last two bouts against Raquel Pennington and Amanda Nunes, and has had a near three year layoff. 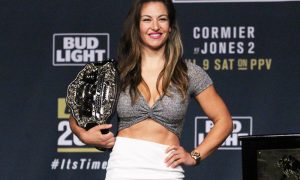 She’s also had a child in that time period , so she has been very preoccupied and may not want to ever fight again.  Yet, fighters want to fight.  Tate is a fighter.  She’ll want to fight once again; eventually.  Tate has taken time off, healed and started a family, and clearly still wants to be involved in MMA, so why not come back and take on one of Bellator’s top champions?  The only big issue to worry about for Tate is that there is no Bantemweight championship. However, she’s only ten pounds under for the Women’s Featherweight, and ten pounds over for the Women’s Flyweight, so it’s possible she’d be up for either or, though I’m not a fan of weight cutting.  That means for me, I’d rather see her go after Women’s Featherweight Champ, Julia Budd for the belt.

Mickey Gall and couldn’t engage with Mike Jackson, losing both of his bouts.  The thing is, he really shouldn’t have.  Punk’s been training in Brazilian Jiu-Jitsu for almost a decade, alongside former WWE star Eve Torres.  The two attended a Gracie Jiu-Jitsu camp together when they were still in the WWE together, and Punk’s been training ever since.  While he got rocked, he only needs one strong outing against an up-and-comer in Bellator to get fans to buy back in.  If Punk wants to fight, and there are rumors he does, why not go after him?

#2 Shawne Merriman
Weight Class: Heavyweight
Record: 0-0
Age: 34
– Merriman is known for being a former pro-bowl linebacker,most notably with the then San Diego Chargers.  Injuries and steroid violations derailed his career and soon found himself out of football at the age of 27. 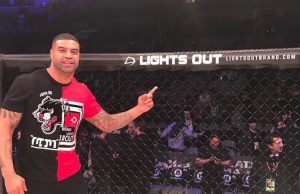 Merriman then started training in Mixed Martial Arts and even partnered with Bellator for a line of merchandise.  Merriman has been involved in some form of MMA ever since and has even teased fighting.  With his dedication to MMA training, and his desire to fight, it makes sense Bellator finally pitches to Merriman to come in.  He’s an elite level athlete, with a built in fan base, and still young enough to come in and do work.  So why not?  He’s had two brief flirtations with other outfits, notably the World Bare Knuckle Fighting Federation, and is now looking to form his own promotion; Lights Out Xtreme Fighting.  If Merriman wants to get notoriety for his upstart, fighting on the undercard of a Bellator event would do just that.  Also, he has challenged Batista to a fight; I’d be down for that.

#1 Gina Carano
Weight Class:  Women’s Featherweight
Record: 7-1
Age: 36
– This seems like the biggest ‘get’ possible and the most unlikely.  Unlike Rousey, 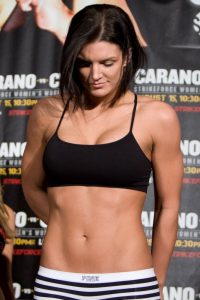 who’s failed to break into acting like other ex-MMA fighters have, Carano is in no need to go back to fighting.  She’d only return for the right fight.  That could be Rousey, hell it could be Tate.  Even better yet, it could be rising 29-year-old star Ilima-Lei Macfarlane, the current Bellator Women’s Flyweight World Champion.  Even if it’s just one fight, if Macfarlane wins, that establishes her as a name.  If Carano wins, then it establishes her as a bonafide all-time great.  Either way it’s a win.  Carano has flirted with the idea of returning before, but now that she’s part of the Star Wars universe, she may be less tempted than ever before.