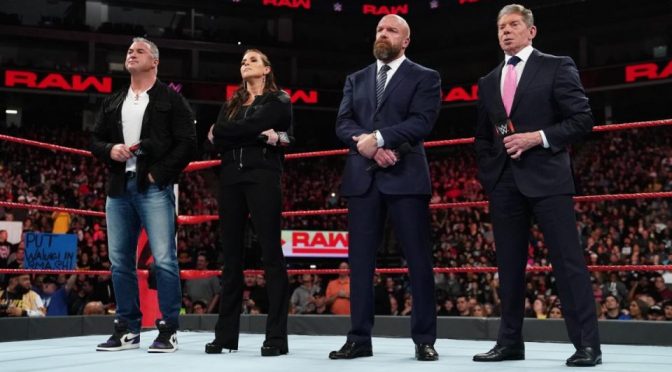 The WWE is not doing well.  They’re making money almost in spite of themselves, mostly due to the premium of live-ratings for television outlets.  Yet the product is down.  I can’t say I’m a huge fan these days, as my attention is elsewhere, but I can say I have a few ideas that would bring me back.  Here’s a few of them;

The Return of Hardcore
– Kevin Owens is back and looking like he’s pretty good shape.  Owens though was only brought back to seemingly lose to Daniel Bryan at Fastlane. 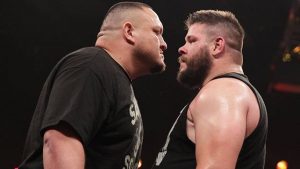 I would be surprised if WWE  had huge plans for him following WrestleMania.  Yet, and I have to admit this is the least impressive idea I have, but what if Owens brought back the Hardcore Championship?  Bring back the 24/7 Rule, and give Owens the title to do with as he please.  Could you imagine if Owens went head to head with say, Samoa Joe at or SummerSlam in a No Holds Barred match for the Hardcore title?  Joe’s not much of a worker anymore, so a match like this would really help put over how vicious he can still be.  Plus, think about all the fun the women could have getting cheap wins over the men?

Kurt Angle’s New Protege
– This is pretty easy for anyone paying attention; put Angle with Chad Gable and let Gable just go on a winning streak.  The problem with the 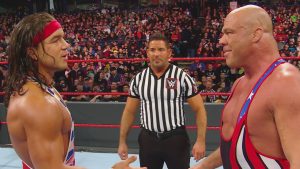 WWE booking is that every match has to be long and that every match has to have a rematch.  Fuck that, put Gable on a 30-40-50 match winning streak over different wrestlers every other week.  Run him for a year undefeated, even winning the United States Championship until he’s over enough to shoot up and win the Worlds Championship.  Much like with Bryan later on, have Gable also win on 205Live, and get the Cruiserweight Championship.   Make him a double champion if you want.  Just push the guy.

Balor Claims Cruiserweight Gold
– There’s going to be a central theme here, and that’s revitalizing the Cruiserweight Championship, mostly because when you look at who’s carried it, it’s a who’s who of charisma-lacking worker 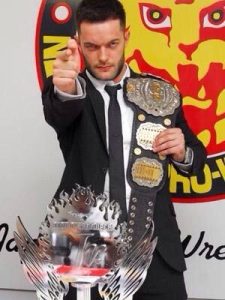 guys.  Now that’s not a problem in the 90’s, but a year from 2020, yeah it’s a problem.  Everyone on the WWE – save for a handful of guys and gals – are ‘worker’ guys.  So you need to raise the profile of the Cruiserweight Championship.  You do that by bringing in Pete Dunne and having him abuse his way to a championship win, which would then see Finn Balor make his 205Live debut to face off with Pete Dunne.  They’d wrestle and eventually bring the belt to SmackDown, wrestling in several high profile matches along the way.

NXT UnCivil War: Indies vs. WWE
– The influx of indy talent in NXT is obvious, but with the constant signing of top guys in the industry, that 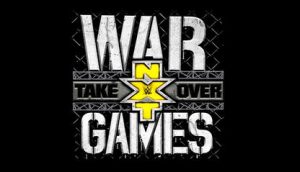 leaves WWE created stars wanting.  Imagine of Velveteen Dream lead a mutiny against the indy-darlings?  Dream,  Bianca Belair, The Street Profits, and other Performance Center prospects band together in order to get a piece of the pie.  The angle would see the two parties battle until NXT WarGames, where the whole card would be made up of Indy vs. P.C. talent; culminating in a War Games match.

Women’s Unification and Migration
– I’ve long been a proponent of giving all the women a single hour on RAW, with women specific branding and angles and even commentary.  You’d get them more air time a week, more exposure and more significance on the flagship show.  You also limit the need to constantly swap talent on brands just to get intriguing match-up’s. 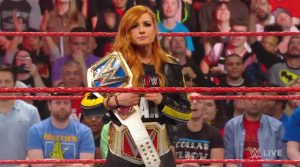 The secondary aspect would be to launch a women’s only wrestling show that’s filmed at Full Sail.  The other idea is to take 205 Live/NXT and the Women’s show and make it a 2-3 hour show exclusive to the Network.  But I digress.  You’d do a huge title vs. title unification match, you’d bring back a new ‘Divas’ Championship belt to serve as the secondary belt, and put a renewed focus on women’s tag team wrestling.  This gives RAW a huge crop of talent to pull from and plenty of time to give to them.  Plus you’d give Rene Young and Beth Phoenix (or whoever) a full time gig on RAW for an entire hour; not too mention the change from men’s to women’s back to men’s wrestling would make the show smoother and far more exciting. The angle wouldn’t be hard, just have Stephanie McMahon keep poaching the top women from SmackDown, causing a huge trade where all the female wrestlers are sent to RAW for a select group of male prospects.

Triple H’s New Hand Picked Guy
– Seth Rollins is fine. He’s a decent worker but he has the charisma of a pebble that’s bouncing in the ocean. Now that Rollins beat Brock Lesnar at WrestleMania, the focus should turn to a new top heel.  Lesnar should be phased out, and 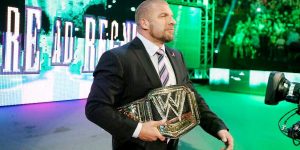 only used once more if they finally want to do a Bobby Lashley/Lesnar match.  This Lesnar distancing would then open up a new top heel slot.  Cue Roman Reigns.  Triple H makes Reigns’ the next challenger for Rollins.  Reigns doesn’t make the match after being “taken out” backstage . Trips, serving as special guest ref the lays out Rollins as the masked man who attacked Reigns comes down and pins Rollins as Trips counts.  Trips then reveals the man to be EC3 and EC3 launches into a year plus run as Champion.

Daniel Bryan Destroys 205Live
– The only way to get 205Live to be watched is to put wrestlers on there people actually want to see.  Sorry, Cedric Alexander and Buddy Murphy aren’t cutting it.  Guys like Xavier Woods, Kofi Kingston, the previously mentioned Balor and Gable among others would be just the ticket. 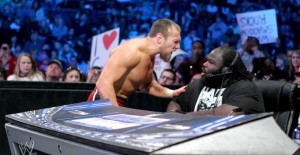 The biggest name would be Daniel Bryan.  Have Bryan and Rowan show up and devastate the roster week after week in squash matches, resulting in Bryan winning the Cruiserweight Championship.  The eventual blow off match would come when Bryan finally drops the match to a Cruiserweight wrestler, putting over a new star and re-establishing someone on the brand as a new star.  Ideally it wouldn’t be Kofi, Balor or Gable, but it can be.  Anything to elevate the title and brings eyes to the brand.

The Trios Come Out to Play
– Another idea with 205 Live, and yes I have many, would be to debut a trios championship.  Make it lucha libre rules, no tagging necessary, and let the

Cruiserweights run wild.  The Lucha House Party are already a trio, and you can add aa Cedric Alexander or Mustafa Ali to the New Day for a New Day Lite team, allowing them to compete for new titles and giving Big E the opportunity to flex as a manager/singles wrestler on SmackDown, without breaking the group up.  Add in NXT wrestlers like The Undisputed Era, recent cal-ups like Gargano, Ricochet, and Black and you have more than enough for a competitive division.

The Traveling Champ
– The WWE has a terrible belt in the WWE Universal Championship.  The WWE Championship is actually fine. I don’t mind it.  Yet, nothing screams respect like the Big Gold Belt, also known as the WCW World Heavyweight

Championship, aka the World Heavyweight Championship.  A great way of keeping the two WWE titles that look alike is to just bring back the Big Gold Belt.  The championship would be given to an EC3, Drew McIntyre or Finn Balor type, and you’d literally send him to other promotions to gauge other talents.  NXT, NXT UK, Evolved, maybe All Japan, Ring of Honor, PROGRESS, wXw, anywhere the WWE is trying to create a working relationship.  Let this title be the traveling champion.  It can work.  It would work. 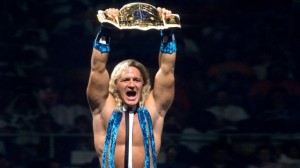 Jeff Jarrett’s iconic style, that doesn’t age, and put him in the U.S. or Intercontinental Championship scene.  Much like Ricky Steamboat taking on Chris Jericho, only with Jarrett taking on Bobby Lashley, Finn Balor, Samoa Joe or whomever the champion is at that given time would be money.  Fans would be psyched to see Jarrett go for the title because it’s new and different. Hell, you could even have him compete for the Big Gold Belt if you adopt the Traveling Champion philosophy.

The Universe Dies
– This one is simple and painfully obvious; Seth Rollins destroys the WWE Universe Championship. 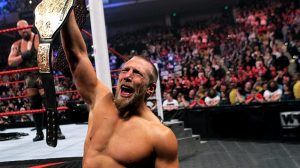 Rollins would decree it a dead title made for Lesnar and would then re-introduce the Big Gold Belt.  I mean, it’s pretty obvious the fans don’t care about the title.  The title looks lame, the name is awful and it has no significance.  The belt just doesn’t carry any weight.  Now an iconic title, brought back by a fan favorite, for fans, to usher in a new era of the company? It just makes sense.

Then The Miz wins it.
– This makes the most sense, especially now that The Miz is on RAW.  It wouldn’t be hard to get the belt on him, or turn him back to being a heel either.

All you’d need to do is have The McMahons offer Miz a truce, then give him a title shot against Seth Rollins.  The thing that would make this so special is that Miz wins clean (would never happen with the McMahon’s dumb ass booking), and turn heel post match.  As Rollins is kneeling and reaching out to shake Miz’s hand, Miz returns the handshake, and then knees Rollins in the face.  You’d have a blood pack in Rollins’ hand, so that it’ll look like Miz broke Rollins’ face.  Then Miz cuts a short, but emphatic promo chewing out the fans, before going to town on Rollins for dramatic emphasis.  If this were to end a RAW, people would tune in the next week.