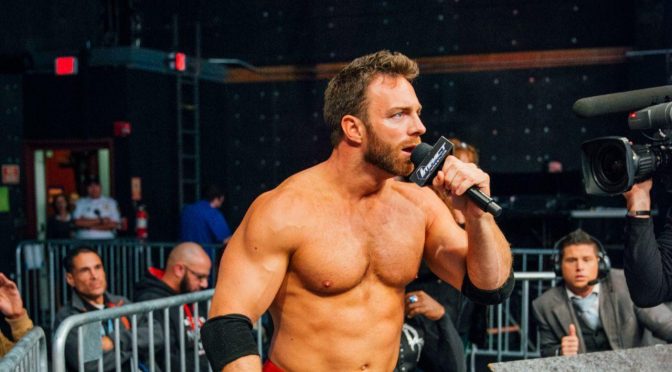 According to Mike Johnson of PWInsider, Eli Drake’s contract with IMPACT Wrestling is said to expire in May.  No word on if he or the company want to extend his deal at this time.  PWInsider is also reporting that Hulk Hogan will be involved at WrestleMania, and have confirmed that Brutus Beefcake will be on hand that weekend as well.  The last time we had a major update on these two they were far from friendly.

IMPACT and WWE Hall of Famer Sting spoke with Wrestling Travel and revealed he’d consider coming out retirement for The Underaker, saying;

I mean, everyone knows who it would be. Taker, he’s the only guy I’d come out of retirement for now. No one else,.  We could just never get it together to make it happen. When I started talking to WWE he was booked with Brock and then I did the deal with Triple H and he had another feud going on at the time, so it was just one of those things we couldn’t make happen.

But I don’t regret it not happening either, I mean I got to face Triple H at my first WrestleMania and then wrestle Seth for the world title, so I didn’t do too badly out of that deal. But yeah, now, the only person I’m getting back in the ring for is Taker.

Former guests  of the brand Reno Scum released a new punk single (where they provided lead vocals) called We Are Scum and the North-Cal punk rock group The Moans provided backing tracks and instrumentals for the song.  The song is available for digital download, and an actual hard copy is expected out in Spring of 2019 on Drool City Music/Outloud Record.

Alberto El Patron recently spoke with Contralona TV and claimed to have made amend with Triple H, and even claimed there was an open door for his return.  Sean Ross Sapp on his twitter account claimed the WWE has “no interest” though.

Congratulations to former Chikara Campeonatos de Parejas champion Max Smashmaster, as he Tweeted out that he had successful heart surgery and hopes to make a comeback in pro wrestling.