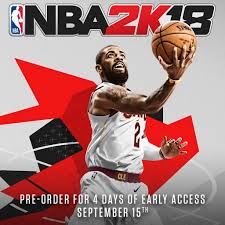 This week, on a special two-parter for GameCorp, we talk about the long running NBA basketball franchise by 2K sports. There was a slight issue with recording during the show, hence the two parter, so if there’s any audio issues blame that. Due to the fact that the show is in two parts, we won’t be uploading and providing the usual above player, so to listen to it please go to Mixlr.com by click on these links.

On Next Weeks Show
– Video game critics suck as much as TV and Movie critics.
– The new Red Dead Redemption trailer drops and we talk about it.
– We review the four THQ/AKI Pro Wrestling Video Games for the N64
– World Tour, Revenge, WrestleMania 2000, No Mercy
– This weeks Suggestions
And More!