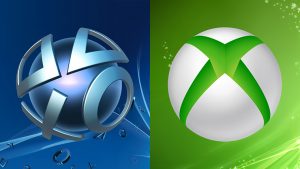 For any of our readers out there who play video games, you are probably already aware that both Sony and Microsoft release free games every month for people who have premium subscriptions to each consoles online service. This is just going to be a quick rundown of what is available on them. In order to keep this from being a boring news article, I’m going to throw my personal picks as well. So let’s take a moment now to see what’s free to play for the month of October 2017.

First up, we have four Xbox games available for download. Gone Home: Console Edition (available October 1-31) is a first person narrative adventure title that reminds me a lot of the point and click games I used to play on PC. Up next is Rayman 3 HD ( available from October 1-15 on Xbox 360 and Xbox one), which is an action adventure platformer. We also have Turing Test (October 16- Nov.15), which is a first person shooter puzzle game similar to the Portal series of games.  Last, but not least, we have the first person shooter Medal of Honor: Airborne ( October 16-31 on Xbox One and Xbox 360). All of these games can be found in the games with gold section on your 360 or Xbox One dashboard. 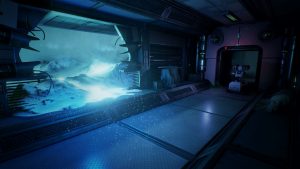 Personal Pick:  Out of all these I would have to go with The Turing Test. As much as I love my narrative driven experiences, I’m also a fan of something that challenges your mind as well as your reflexes. Let’s hope it delivers on both fronts.

Now it’s time to head on over to the PlayStation consoles, which have six titles to choose from. All of these games usually release on the first Tuesday of every month, but if that’s not the case, then I will update accordingly. First up are the PS4 exclusives, and we have a game that needs no introduction, Metal Gear Solid V: The Phantom Pain. The other title is the survival horror first person experience entitled Amnesia Collection. Anybody who has a PS3 will get a Trials HD clone in the form of Monster Jam Battlegrounds, and a billiards game called Hustle Kings. Finally, the games that are available for PS4, PS Vita, and the PS3 are a platformer that revolves around changing colors called Hue( Cross buy for PS4 only), and a remaster of a top down galaga like shooter Sky Force Anniversary. 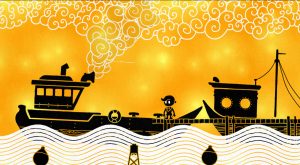 Personal Pick: This might not come as much of a surprise, but I’m going to go with Hue. Platformers are my favorite types of games to play, especially ones that have a unique hook to them gameplay wise. Let’s hope this one ends up being a work of art.

That’s it for this months selection, but be on the lookout for even more gaming news right here at realnerdcorp.com.