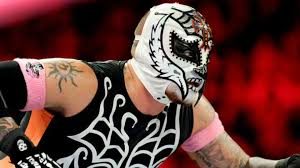 Tonight’s SportsCorp will focus on the NFL opening week, the Indians winning streak, and more! Don’t miss it tonight at 10 p.m. EST on Mixlr.com/NerdCorp.

WWE/India Update – SmackDown was supposed to tour India in September but as of right now that doesn’t appear to be the case, as WWE will be touring India now in December, with the RAW brand. They’ll be holding two events in New Delhi, at the Indira Ghandi Indoor Stadium (aprox 16,000 seat). They’ll be there the 7th and 8th of December. No word yet on if Jinder Mahal will join them.

Opinion: If Mahal is on the India tour it might not be as champion, which is possible as India has not embraced him as hoped. The WWE wants to put the belt back on John Cena apparently for his 17th reign and will do so at the end of the year, so right now anything could happen with that.

ROH Final Battle Update – Ring of Honor is returning to the Hammerstein Ballroom in New York City on the 15th of December, for Final Battle. Tickets go on sale to the public on September 15th at 10 a.m. EST.

Mysterio/El Patron Update – Alberto El Patron has apparently 8 months left on his contract. Many aren’t sure if he’ll even return to the promotion at this point. The original plan was to have Patron face off with Jeff Jarrett in the build up for Bound For Glory, with Patron lambasting Jarrett for Patron being stripped of the title. There was one claim that Jarrett would then bow out of the match mere moments prior, and introduce his replacement, Rey Mysterio. The word going around now is that Mysterio isn’t coming into GFW after all, as Mysterio has decided to focus on training his son instead. I’m told that Mysterio was hoping to get Dominic signed as well but when GFW didn’t show any interest in him, Mysterio instead opted to continue on without a major fed to call his home.