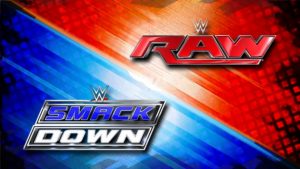 Working on several projects, so apologizes for the lateness

Update on the Shake Up – Despite numerous reports conflicting with one another, it is expected that John Cena will be heading over to RAW post-SummerSlam. PWInsider is reporting that there is scheduled to be two “Superstar Shakeups” per year going forward.

Opinion: The WWE doesn’t realize that over saturation is their biggest problem, so this will quickly kill any hype that the fans have for this.

RAW Audience Rises – RAW has scored their highest RAW rating since April 17th, as they reached a nightly total of a 3.240 million people. The ratings have risen almost every week send the end of June after a disastrous spring and early summer.

G-1 Climax Update – With only one week left for NJPW’s G1 Climax, there are now only officially four possible winners, two from each block. In Block A, now only Tetsuya Naito and Hiroshi Tanahashi can win their block, and the winner of their match against one another will go on to the finals. Earlier today, Kazuchika Okada went to a tie over Minoru Suzuki, giving each man one point. That now puts Okada one point ahead of Kenny Omega, heading into their match up against one another. So not only are Naito and Tanahashi, and Okada and Omega both 1 and 2 in their blocks, but both set of men have to face each other in a harrowing finale, where the winners go on to the finals. So right now, it’s a mini four-man tournament.

Opinion: This is just the perfect climax of events. It’ll be interesting to see if my picks of Omega vs. Tanahashi is going to end up happening.