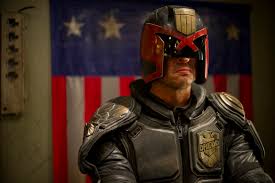 Oh boy, I thought WrestleCorp was busy, but now we have all of this. Oh boy. Let’s dive in.

Karl Urban Back as Dredd? – Karl Urban was at the Star Trek convention in Las Vegas, Nevada this past weekend and revealed to the audience that he wants back in as Dredd. He even went as far to say he’s in active negotiations for the t.v. series, “Mega City One”, saying;

I am in discussions with them about that. I told them that if they write the material and give Dredd something to do and give him a function, I will be there. I would love to.

“Mega City One” is expected to land on Netflix, though Amazon and HBO are in the running.

Cable Debut Look – Ryan Reynolds took to Twitter to reveal the look for Cable for the upcoming Deadpool sequel. 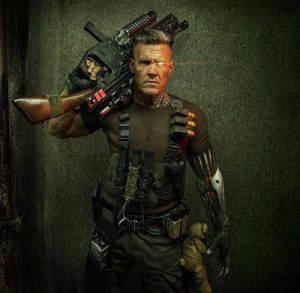 Opinion: It looks…fine? I guess. I don’t know. Much like with the Domino look I feel like it’s not X-Man-y enough. No big shoulder pads, generic costume, it feels like all the other lame X-Men costumes to a degree. It’s not terrible but…eh.

Netflix Acquires Major Imprint – For all accounts, Netflix has just bought a comic book line. I need to be clear, the original post is lacking prudent declarations, but this is not a publishing deal, this appears to be an outright purchase. Mark Millar, creator of “Kingsmen”, “Kick-Ass”, “Huck”, “Jupiter’s Legacy” and other titles, has sold his imprint, Millarworld to Netflix. Netflix intends on creating t.v. and film properties from the work of Millar, while Millar will continue to publish under a Netflix banner apparently.

Netflix CCO Ted Sarandos is quoted as being beyond excited, saying;

As creator and re-inventor of some of the most memorable stories and characters in recent history, ranging from Marvel’s The Avengers to Millarworld’s Kick-Ass, Kingsman, Wanted and Reborn franchises, Mark is as close as you can get to a modern day Stan Lee. We can’t wait to harness the creative power of Millarworld to Netflix and start a new era in global storytelling

This is only the third time in history a major comic book company has been purchased at this level.

I’m so in love with what Netflix is doing and excited by their plans. Netflix is the future and Millarworld couldn’t have a better home.

“Kick-Ass” and “Kingsmen” have film rights elsewhere, much like Fantastic Four and X-Men, so don’t expect them anytime soon. No word yet if they intend on doing a united universe yet.

Quick Hits – Andy Muschietti wants to remake “Pet Sematary” next. Daniel Craig is apparently on board for another two “James Bond” roles. Both Jeph Loeb and Roel Reine defended “Inhumans” by claiming the visual effects weren’t ready for the initial trailer and that was previewed when the special effects were incomplete.