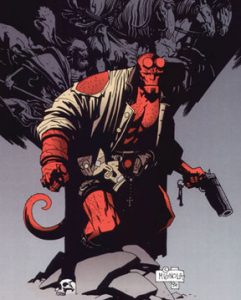 So much to do, so little time in the day.

Disney Looking at Own Streaming Service? – Disney is looking to launch their own service in 2019 and is looking to pull a lot of their content from Netflix as the service gets closer. Disney will also look to make a “significant investment” in original movies and series that will only be available on the platform. They bought 33% (or $1.58 billion) of BAM Tech. This is part of the reason why Netflix bought Millarworld, as Disney will be pulling all Marvel films and non Netflix-exclusive t.v. shows from the service.

Silver and Black Update – The Hashtag Show is reporting more details of the upcoming “Silver and Black” movie. In it, Silver Sablinova, aka Silver Sable, is a bounty hunter working for the U.S. government. Sable has her sights set on Felicia Hardy, aka Black Cat, a high-end burglar who has stolen from tons of people who now want to take her down.

Opinion: This is the typical “enemies turned friends” storyline I’d imagine. If we don’t see Sable and Black Cat working together during the third act, I’ll be surprised.

Hellboy Villain – The upcoming “Hellboy” reboot has found it’s villain in the form of “Resident Evil” star, Milla Jovovich. She’s currently in talks to the join the cast that features David Harbour and Ian McShane as Hellboy and Hellboy’s adaptive father Professor Broom.

Opinion: Never been a fan of Milla Jovovich.

Quick Hits – The actors playing Shazam could be revealed within the next few days. “Wet Hot American Summer” getting a graphic novel through Boom!. Archie Comics is releasing a series called “B&V Vixens”, a book that sees Betty and Veronica as heroic bikers. Stephen Lang expected to be in the next FOUR sequels of “Avatar”.