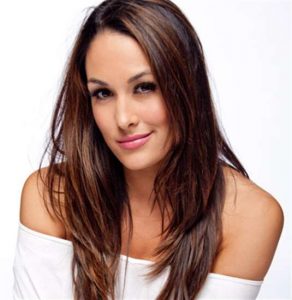 Brie Bella Update – Brie Bella discussed her plans to return to the ring at the WWE women’s panel at San Diego Comic-Con. Brie said about the possibility of her return, “[Daniel Bryan’s] like ‘Well, Brie, I think we have enough room for a ring and why don’t we start training?’ I’m was like ‘Yes!’ I’ve been begging him for one. So, I’m like I have the perfect coach – General Manger, thank you – in Daniel Bryan and we’re going to start training, so I’m hoping [in] 2018, I can get back in the ring.”

Jinder Mahal Speaks – In an interview with NBC News Jinder Mahal spoke about a multitude of subjects, including how he used to be pretty shy on the mic. Here is what he had to say…

“It’s an entertainment industry, and I know you have to turn up the volume, which I’m now comfortable doing. At first I was very shy to talk into the mic and to talk in front of people.”

“Forbes” Speaks – A new articled on Forbes criticizes Vince McMahon for cancelling Talking Smack, claiming it shows he is out of touch “and has been for quite some time.” The article states the following…

“It is McMahon’s micromanagement of ridiculous details such as these that have put a stranglehold on his announcers, wrestlers and other on-screen performers, who are afraid that saying “belt” instead of “championship” might earn them some backstage heat with the boss, stifling their abilities as a performer in the process.”