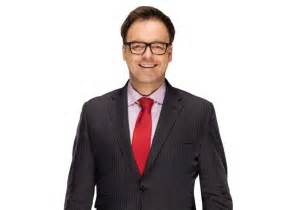 Mauro Ranallo Update – Dave Meltzer of the Wrestling Observer Radio Show addressed Mauro Ranallo’s surprising return to WWE as the play-by-play announcer for NXT. Ranallo returned as an announcer for last night’s NXT TV tapings. Ranallo had disappeared from WWE programming after March 14 and was reportedly dealing with depression. There were also rumors of Ranallo being bullied by WWE announcer JBL. It was later reported that Ranallo and WWE agreed to a mutual parting of ways. And then Ranallo surprisingly announced that he’d be announcing for NXT.

According to Meltzer, WWE didn’t want Ranallo on the outside talking about what happened to him in the company, and he’s also good at his job. He stated on why Ranallo returned to WWE through NXT…

“He’s on a show that most of the people that run WWE production don’t go to. So that’s kind of the key right there. So he’s in a different world, working the Orlando shows and the TakeOvers and not the high pressure shows, so to speak. And it’s a lot of tapings during the middle of the week.”

It was stated that after WWE and Ranallo parted ways earlier this year, Ranallo is now working under a “new multi-year contract” as the play-by-play announcer for NXT. Ranallo as the announcer of NXT also keeps him away from JBL as well, which is also something that had to happen for Ranallo to return.

“I was under contract for six total years, I left, I came back. I would come back, leave, I’d come back, I’d leave. And part of that was my own doing. I didn’t want to sign a contract. This time around, everything just kind of fit perfect, and in the midst of all those starts and stops with that company, I never lost sight of what I really wanted. To be a pro wrestler is the only job I had, and I continue to make a living with it without being under contract to anyone. I had some offers from ROH, had some offers from WWE, and it just shows that if you really do want something… you put everything into what you really do want.”

Man Arrested Over Wrestling/Autism Scam – A man has been arrested for bouncing a check for a charity wrestling show to benefit autism awarness. The East Haven Patch reports that James Raymond was arrested by East Haven police for his involvement in the event, where he presented a check to Paul Roma and Mario Mancini’s Paradise Alley Pro Wrestling for the “Wrestling for Autism” event that took late last month. The check was ultimately returned for insufficient funds and PAPW learned a week later that the Autism Services and Resources Connecticut had never received the $5,000 that was raised from the event.

According to the site, investigators tried to contact Raymond but he did not respond, in part because he had disconnected his phone line due to harassing calls and texts he had received over the situation. Police soon realized that Raymond did not intend to cooperate and a warrant was issued.

“We take these investigations very seriously because do not want these types of crimes to discourage people from supporting good causes like this in the future,” Police Lt. Joseph M. Murgo said. “East Haven has always been a tight knit community that comes together to support people in need and will continue to do so. We want the public to know that this isolated incident in no way reflects the values of other charitable events that are held throughout the year to benefit worthy causes.”