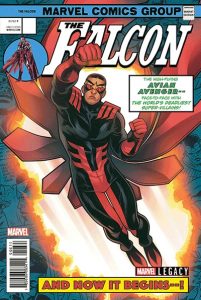 This is the weekend recap of the show. Had a lot of work to do Friday, and a three hour stream, then had to watch Best in the World yesterday and do an upload for that. So yeah, three days a news in one post. Oh well.

Spider-Verse/MCU Update – The folks at Sony says Venom is MCU cannon, the folks at the MCU says otherwise. Now we have something entirely different, but not really being said by Amy Pascal. She talked to ComicBook.com and said;

We never say never. You could ask me, ‘Is Superman gonna be there?’ I go, ‘Never say never,’ but not any time soon.

Whether or not Venom and other Sony films will be allowed to be part of the MCU is irrelevant, because I can safely say that Superman will never show up in a Sony picture, unless they purchase the DC catalog.

…there’s been market studies on it, and the findings have been that if the movie were rated PG — I don’t want to go into the specific numbers — but if the movie had been rated PG, there would have been more traffic. I think parents were unsure if they could bring their kids to the movie, which surprised me, because the movie is a tame PG-13.

We did a lot of preview screenings, and to me, it felt like a seven-year-old might be scared, but in a good way. They liked that they were scared of Rita, but they still came out of the movie enjoying it, they liked what was going on. I think we really tread that line well, so it was disappointing that parents didn’t know that they could take their kids to it. I’m hoping now, with it coming out on DVD and Blu-ray, and On Demand, that parents will feel more comfortable. That maybe they’ll check it out for themselves and then see that it’s suitable.

Where’s ‘Rick and Morty’ Season 3? – The most popular, or at least, most talked about show of the modern era, “Rick and Morty” still has yet to air season three of their show, despite not having a new episode in nearly two years. Dan Harmon assures fans that the show is having it’s third season ‘soon’, and explains why the delay on Twitter. 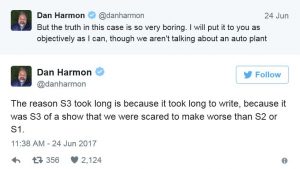 ‘Spider-Man Homecoming’ Reviews Are In – Apparently all the reviewers are going ga-ga over “Spider-Man: Homecoming”. Some are decreeing it’s the best movie of the franchise. However, that’s what was said for “Amazing Spider-Man”, and that movie was dog-garbage. It should be noted a lot of the reviewers are using the same terms, so as always, fuck their opinions and just go see it yourself.

Marvel Shake Things Up – If you’re a fan of Ghost Rider, The Sam Wilson Captain America, or not having The Fantastic Four, you’re about to be bummed out. According to new covers, Sam Wilson will return to his Falcon roots, giving up his moniker of Captain America. This is followed by Johnny Blaze regaining his Spirit of Vengeance as he teams up with Blade and two other nobodies (Satana and Daimon Hellstrom) in a new title called “Spirits of Vengeance”. Finally, The Thing and Human Torch are picking up the mantel of their former team, called “Two in One” but rocking the blue and white of the Fantastic Four. 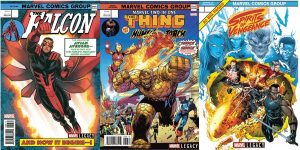 DC Plans to Up Their Film Count – According to Umberto Gonzales of “The Wrap”, DC Comics is going to up their release count from two a year to 3 or 4 films a year. Umberto says;

A lot of people have been asking me ‘What’s the next movie in 2018?’ I know for a fact that DC is trying to get three to four movies made a year going forward. If I were you, I’d make sure I’d be inside Hall H this summer.

Quick Hits – Kevin Feige hints at several MCU mainstays being done following Infinity War, but is open to extending contracts. ‘Spider-Man Homecoming’ sequel to happen after “Avengers 4”. Mark Hamil and Zoe Saldana join 30 others in getting their Hollywood Stars on the Walk of Fame. ‘Ant-Man and Wasp’ director Peyton Reed hints at big announcement coming for film. Jennifer Connelly rumored to be Iron Man’s new A.I. voice for his suit.