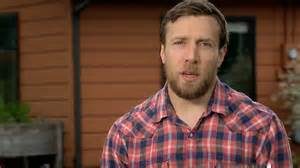 Daniel Bryan Update – According to Dave Meltzer & Wrestling Observer Radio, Daniel Bryan’s WWE contract expires some time next year. As mentioned in a recent interview, Bryan stated that he is “working on” a return to the ring. Bryan remains uncleared by WWE, but recently underwent some additional testing in April. He is working on said return but at the moment he still remains unsure of where he will end up, how he will feel, etc.

Mr. Pogo Passes Away – According to Yahoo Japan, FMW, W*ING, and Big Japan Pro Wrestling star Mr. Pogo has passed away at age 66. He died in the hospital from a cerebral infection after receiving back surgery in Gunma, Japan. Pogo started working in the early 70s, and he faced off with such stars Ric Flair, Harley Race, and Terry Funk. Most remember Pogo for his death matches, including a famous Electrified Exploding Barbed Wire Double Hell Death Match with Atushia Onita.

Billy Corgan/NWA Update – PWInsider is reporting that the NWA’s trademarks have now been assigned from Bruce Tharpe’s International Wrestling Corp. to Billy Corgan’s Lightning One, Inc. Lightning One is now the owner of all the trademarks.

Corgan announced plans to purchase the NWA back in May, though issues around the trademarks having expired had thrown the purchase in doubt. With that concern now alleviated, everything seems to be clear for Corgan to finalize the deal with Tharpe. Once that is done, Corgan will own the name, rights and trademarks to the NWA as well as the rights, control and possession of the NWA championship belt, plus Tharpe’s interest in the the NWA Video on Demand streaming service and the Boesch family library.