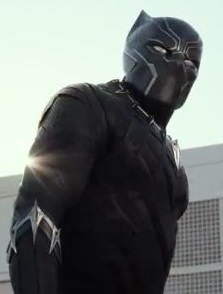 I wasn’t sure I was going to post today, but with the “Black Panther” trailer coming out, and the sad passing of Adam West, I can’t rightfully pass up posting this today. It’s a bitter sweet day.

Adam West Passes Away – It’s with a heavy heart we report that Adam West, DC’s first major television version of Batman, has passed away at 88. The family of West released a very enduring statement on the passing of West, saying;

Our dad always saw himself as The Bright Knight and aspired to make a positive impact on his fans’ lives. He was and always will be our hero.

West’s last DC role was with “Powerless” though it was never aired.

Chris Evans Extends Contract – Despite claiming retirement was forthcoming following the end of his initial six marvel movies, Evans explains why he extended his contract to include one more movie, saying;

I had six films in my Marvel contract, so I could have said after the third Avengers I was done, but they wanted to make the third and fourth Avengers films as a two-parter…They said they had so many other characters to fit in – Guardians of the Galaxy, Black Panther, Captain Marvel, Doctor Strange, Ant Man – and couldn’t get them all into one movie.

Black Panther Trailer – The first trailer for “Black Panther” is out, and fans are going nuts. I was fortunate enough to get an early breakdown of the trailer several weeks back, and I can’t say I’m disappointment. I will say Wakanda LOOKS just like every other Marvel Cinematic Universe setting to a degree, but that opening scene in the forest was truly impressive. If only we got more of that.