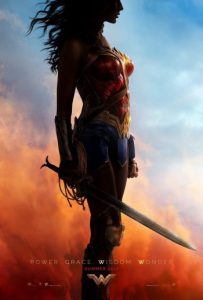 Comics, the bulk of my non-necessity spending habits. As we’re nearing June 2nd and the debut of “Wonder Woman”, I would like to take a moment and say that I’m very excited to see this film, and I hope everyone unifies, and treats each other just like we’d want to be treated; with respect, and equality. Inclusivity matters. No matter whom we’re referring to. And with that being said,….play ball? I don’t know, I had no way of ending that.

Boogers. There ya go.

Wonder Woman Banned? – The Washington Post is reporting that a campaign in Lebanon is underway to ban “Wonder Woman” from being shown there. The boycott seems to center around the star, Gal Gadot’s Israeli heritage. Israel is the most hated Middle Eastern country from within the Middle East. A Western ally, and one of the few Jewish states on the entire continent. If I have to tell you that Muslims and Jews in that region aren’t too kosher with one another, you might not be old enough to be on here.

The boycott focuses solely on Gadot’s former military service and support of her country in the ongoing and seemingly never ending Israel-Palestine conflict. The move however isn’t at all surprising, as Lebanon and Israel have been battling for decades. If you would like more on the conflict, go to your local library or go to Google, I got better shit to do than to teach you about a decades old war.

Spawn from Space? – Speaking of better shit, that’s what we should all be saying about the demon-parasite suit that is Spawn. Apparently the original idea was to have the character originate from space. On his Facebook page, Spawn creator Todd McFarlane revealed the original sketch and idea for the character, saying; 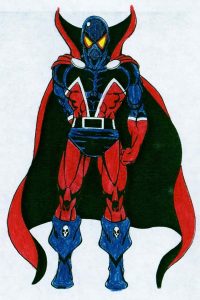 When I first created Spawn as a kid, it was more of a sci-fi story. To me… sci-fi means space. Space is cold. Cold is BLUE. Many years later, when [revamping the original Spawn concept for Image Comics] I pulled out my portfolio, I decided to make Spawn from the pit of HELL!. Hell is HOT so I played around with the colors and ended up with the Spawn you see today. Imaging [sic] what the story would’ve looked like if Spawn looked to the stars or CAME from them…

Beloved 90’s Cartoon Reboot in the Works? – While it’s one thing to continue the work of a franchise a few years in between, trying to reboot a property that was in essence, perfect, is a bad idea. How did that “Power Puff Girls” reboot go? Well, apparently Steven Spielberg and Warner Bros. are gearing up for a revival of “Animaniacs”. Considering the fact Spielberg loves remakes and reboots, this isn’t surprising. The show has gained a lot of attention on Netflix since it debuted on it last year. We’ll have to see if it goes to Cartoon Network, the DC streaming service or on Netflix itself.

Quick Hits: Cole Sprouse claim season two of “Riverdale” will be even darker and stranger. Aquaman will be set after the events of “Justice League”. “Stranger Things” actress Millie Bobby Brown auditioned for X-23 in “Logan”.