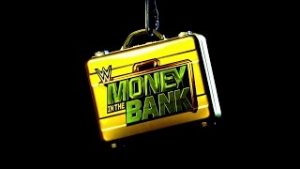 We don’t have a lot of time before tonight’s show, so we’re going to just hop in.

WWE RAW Ratings – The WWE’s flagship show continues to drop in ratings. The product has hit a new low, at 2.615 million. A low for the year and one of the worst views ever. Since January 30th of 2017, the WWE’s flagship show has lost one million viewers. On the 30th, they hit 3.615 and now for the fifth week in a row the flagship show has been under three million viewers. This is not simply “cord cutting”, this is a long list of problems from boring matches, to weak promos, to stupid writing. Everyone deserves blame for this.

MITB Update – Last night, SmackDown’s Commissioner Shane McMahon announced that the Money in the Bank event will have a Money in the Bank match for the SmackDown’s women championship. Unlike the previous matches with men, there’s only five women in this match but that may change. Lana, who’s used to debut as a wrestler for SmackDown tweeted at Shane McMahon about wanting to get a spot in the match. As there’s no clear cut winner, and it would serve to put over Lana as a legit threat, it makes sense to put her in it, if you want her to win.

NXT Cancelled Before New Season? – A Twitter user tweeted at Big E a photo of what would of been the sixth season of NXT, featuring Big E, Seth Rollins, Adam Rose, Damien Sandow, Bo Dallas and Hunico. 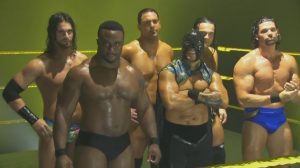 It’s interesting to guess why they never went with this idea, as the NXT’s fifth season went on for well over a year, three times longer than previous seasons. I mean, the show was shit, but still, it’s interesting to ponder.

Willie Mack Talks WWE Release – Willie Mack is a bit bitter over why the WWE released him back in 2014. Mack claims that the WWE released him due to his knee and blood pressure, but Mack disputes that. Mack then taks a thinly veiled slam at what fans believe to be Apollo Crews, but Crews didn’t sign with the WWE until 2015, and Mack was released in 2014. Here’s his comments;

I come to find out that they hired some other folk from a tryout after the one that I had done. It came down to the fact (the other guy) and I were the same height but one can do all the moves and has charisma and the other one has the body they like. I am pretty sure you can tell who I am talking about. My contract for NXT was supposed to be for three years and I’ve now been with Lucha Underground for three years and don’t you think if I was hurt or there was anything medically wrong with me I would have been out by now? So that is three years of my life that I could have been paying for my pet food and being good because that left me homeless after that all happened. I thought I was going to pay all of these bills and once they dropped me it sucked for a minute but Lucha Underground hit me up and that saved my life.

Quick Hits – Alexa Bliss likes being a heel, despite caring what the fans think. Lawler thinks that sometimes things like “Bayley’s This is Your Life” just didn’t go the way they were thinking it would. Brock Lesnar is slated for Braun Strowman for SummerSlam.