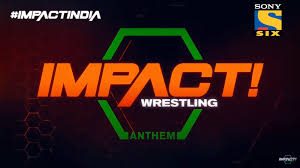 It’s starting to feel like summer finally, despite the fact it’s been the coldest spring I’ve seen in a while. So with that being said, lets talk the news.

Impact Wrestling Spoilers – So, spoilers, but good spoilers. Impact Wrestling is in Mumbai right now, taping several weeks of television. Impact has two major Indian wrestlers, Sonjay Dutt, born in the USA, and Mahabali Shera, a native Indian. If you’re making a special appearance in India for the first time ever, you’re going to want to give the fans something to take home with them. Shera winning gold will make fans cry. Yet, there’s a 13 year old storyline that finally paid off; Sonjay Dutt is finally X-Division Champion. Dutt has been with the promotion off and on for 13 years or so, and was never an X-Division champion. Dutt defeating Low Ki in India is a great moment for sure and one that makes sense, even if Low Ki and Matt Sydal at Slammiversary XV Was the better match up possibility.

NXT Injury Update – Tommaso Ciampa’s injured knee is apparently a torn ACL. A regular torn ACL can heal in 4-6 months depending on the severity of the injury. The injury took place before NXT:Takeover Chicago.

Young Bucks Talk Criticism – The Young Bucks have always been a lighting rod for controversy, even with us, however their status as a top tag team in the world of wrestling is undisputed. However, they’re still known for not being great with the selling of injuries. In response to this, Matt Jackson tweeted out;

Quick Hits – Jinder Mahal claims he’s been tested a lot with the WWE, clarifying his physique is natural. WWE cut the “This is Your Life” segment from RAW’s replay on YouTube. Randy Orton hits untrained stepson with RKO for viral video.