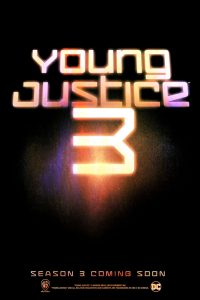 Major Characters Return – DC is about to go balls to the walls for their season finales. While “Legends of Tomorrow” offered nothing noteworthy other than a cameo of Laurel Lance, who wasn’t really Laurel Lance, but was actually the spear’s manifestation of Laurel Lance, “Arrow” and “Supergirl” won’t fail as hard.

On “Supergirl” you will be able to see Tyler Hoechlin return to DC TV as Superman in the second season’s finale. Who knows what role he’ll play, but they’re not bringing him in for no reason.

On “Arrow” we talked about how Manu Bennett was reprising his role as Deathstroke for the season finale, possibly aligning (cus with Slade, nothing’s for sure) with Oliver to fight Prometheus. Now however, you can add Katrina Law’s Nessa al Ghul to the list as well as returning characters. Nessa is also poised to aid Oliver some how in battle with the worst tag team ever of Prometheus and Talia al Ghul. There is a rumor that Ness and Talia are headed to an “epic fight”

The idea of watching Oliver’s former mentor, Slade and his former wife, Nessa fighting his most vicious advisory, Prometheus and former ally, Talia, is all kinds of amazing. I’m geeked for May.

Young Justice Season 3 News – Khary Payton, who voiced Aqualad, tweeted out that he’s begun filming his lines for Young Justice’s third season. While the date and time of it’s arrival haven’t been shared, many are ruling out Cartoon Network due to (presumably Aqualad) a character from the show’s cannon coming out of the closet. Payton just wrapped up his role as Ezekiel on “The Walking Dead”, so the process may be pretty much close to the end for all we know, or they may just be starting. This has been a closely guarded secret since it’s return was announced.

Star Wars Looking at Unique Director – If there was one director who made the most sense for “Star Wars” and absolutely no sense at the same time, it’d be Guillermo del Toro. del Toro recently revealed in an interview that Kathy Kennedy, the president of Lucasfilm (Disney subsidiary), as well John Kroll talked to the acclaimed director about directing a film.

del Toro revealed he had some ideas but ultimately passed, wanting to “do my shit.”