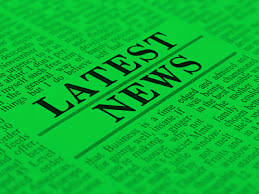 First off, we do podcasts! You can find long podcasts at Mixlr.com/NerdCorp or shorter ones on YouTube. Links to the left and top of this article!

Making an Impact Update
Secondly, we’re making some changes. First off, and while it won’t have a definite date yet, the “Making an Impact: Impact Wrestling” review show will be a permanent feature going forward.

WrestleCorp Update
Due to the lineup shake up, and the desire to have more streamlined episodes of Brand Banter and Making an Impact, we’ll be adding and expanding the content on WrestleCorp. Firstly, we’ll be adding four new segments to the shows weekly lineup to help make it stand out.
A) “Matches of the Week”
– The first major addition will debut tonight. We’ll look at the major weekly shows and monthly specials for our selections and over them up in mini countdown.

B) Wrestle Crush Weekly
– This new segment won’t necessarily be a “most impressive” wrestler or a “hottest wrestler” segment, but mostly it’ll be a “who stood out” segment. It could be due to a match, a promo, or a dress that hugs all of her curves just right. Men and women will both be eligible.

C) WrestleCorp Reviews
– Zach and myself will spend some time each week (starting the week of the 16th), reviewing past shows. This may make it to YouTube as a stand alone segment depending on time allowances.

D) Fan Submitted Questions
– I’ve decided to finally get into the “pandering” game. I say that tongue in cheek, but I think one of the things this show has always missed out on, and that’s my own point of contention, has been fan submitted questions. In order to build a more interwoven fan base, we need to become more acquainted with one another. I know that fans like being interactive. It’s a driving force. So starting this week, we’ll be amassing questions for Brand Banter, WrestleCorp and Making an Impact. The topic and direction of the question will determine what show. WWE TV show stuff will be on Brand Banter, Impact Wrestling – Making an Impact. Lucha Underground or what Taco Bell meal really satifies that craving, WrestleCorp.

We’ll be adding more as we go forward, as we want to provide the very best podcast experience possible. We’ll also be returning to iTunes this month…hopefully, so you’ll have another avenue in which to experience all that we are.

For now though, go to our YouTube Channel (links above) and our Mixlr channel (links to the left) and follow/subscribe for almost daily content.