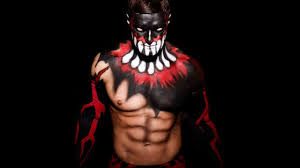 It’s a super late posting. We’ll do better tomorrow. Working on a lot of thing.

Finn Balor Injured – Word going around is that Finn Balor suffered a significant concussion against his 50/50 booked match against Jinder Mahal on RAW. While I was ranting about how unnecessary it was for Balor to take any of Mahal’s offense in what should of been a straight up 90 second squash match, he was suffering a concussion.

WWE Interested in Former ROH Star – The WWE is apparently interested in bringing in former ROH star, Lio Rush to work in NXT. He was apparently backstage on Monday Night RAW after WrestleMania.

Kane’s Future Revealed – Kane announced yesterday that he is officially running for Mayor in Knox Country, Tennessee. Kane told the press that he has no return date in place for his return to the WWE. Kane is a registered Republican and will be running as thus.