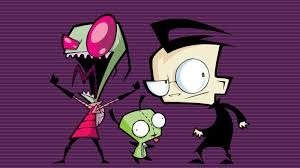 I reviewed iZombie and the season finale of Legends of Tomorrow on the blog, NerdCorp.Tumblr.com. Check it out, Space Monkey Mafia.

Invader Zim Returning? – Invader Zim is coming back, all of you Hot Topic loving (not-so) kids! The show will get a second life as a made-for-tv animated movie. The show will see the creator and original voice cast return for the project. Zim and Dib will again be at each others throats, as Zim tries for world domination.

New Look for Ren? – Expect Kylo Ren to sport a new look in the upcoming Star Wars film this year. Ren will look similarly to this concept art making it’s way around the interwebs. The scar was from his lightsaber battle with the good guys at the climax of the last film. That’s not all, apparently Ren will also have a full cape now, and an altered mask. Sounds…interesting? 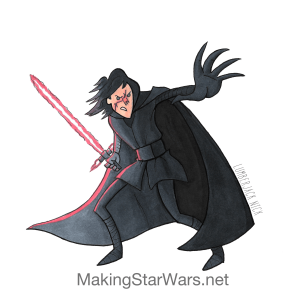 Preacher Team Adapting Major Series into Movie? – Hollywood Reporter revealed that Seth Rogen and Evan Goldberg of “Preacher” have agreed to take Image Comics series “INVINCIBLE” to the big screen. The series was created by Robert Kirkman, the same man who created “The Walking Dead”.