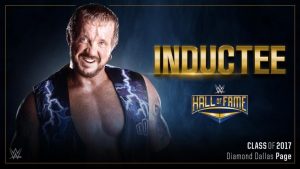 Ahh and we’re back. Lets hop in Space Monkey Mafia.

DDP on LeBatard – DDP was on the Dan LeBatard show today and it’s currently making the rounds around social media and the like. Right now, after listening to it, I can honestly say this is an overreaction on everyone’s part. Page was being asked about feuds and rivalries in real life, it wasn’t something that was too out there. LeBatard asked, Page answered and brought up Scott Steiner and how they’re cool now, and LeBatard asked a follow up question, which Page downplayed it. LeBatard, tried to, go humerus and make it like a pro wrestling interview and be over the top with it, Page reacted to it, assuming LaBatard was trying to be serious. The whole thing blew up, Page called him “monkey”, which he calls everyone when they’re acting up by the way, dropped a fuck bomb, and got dumped. Page obviously didn’t realize LeBatard was hamming it up, and because Page was fired up and ranting, he didn’t hear LeBatard laughing or assumed they were mocking Page and not LeBatard’s own foolishness.

However, my defense ends when in the post interview set up, they didn’t just admit that it was a joke that got out of hand and they had to dump the rest of the call. Instead they start in on Page, calling him “a mad man”, saying he was crazy and trying to slander him as a person. That’s where I lose respect for LeBatard.

Crazy Mary Update – In what could be a story or not, (HA!) the former Crazy Mary Dobson, who’s currently (?) under a developmental deal with NXT removed all signs and notifications she was with NXT on her twitter page, and apparently (Allegedly?) opened up a Pro Wrestling T-‘s store as well. This lead to a Twitter storm of rumors, that have not really died down yet. However, while she put the NXT back on her profile, her Pro Wrestling-T account is still up and active as of 7:02 p.m . EST. So she’s clearly not telling the whole story here. It’s very likely she asked for her release, and due to the legality of that situation, can’t announce it yet until it’s official.
(Update: As I’m writing this, one source is telling me that the rumor backstage is she requested her release, and was told she’d have it by Tuesday.)

Matt Hardy done with Broken? – Rumors abound that the WWE came down hard on Matt Hardy to stop with the “Broken” gimmick. Matt, who has famously bucked the WWE system, and has a habit of going of script, was told by higher ups to “stop it”. Hardy tweeted out that the WWE has contained his condition, but he spelled it wrong on purpose because he’s pretentious. The WWE does not want another lawsuit levied against them by a television company, especially when they’re going to need to renegotiate with NBC Universal in a few years, and a lawsuit from a major television company would hurt ad revenue and negotiating power. One source told me a lawsuit by Anthem could hurt stock prices, and since they’re not as strong as they were at one point, that’s a problem.