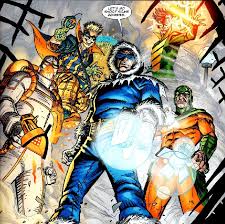 ComicCorp fans, welcome back to the official home of the Space Monkey Mafia! We’ve been posting new content all day, and will continue going forward. We hope you enjoy!

Netflix Lands Killer New Series? – The word going around is that Netflix has announced plans to produce a new series called “Kingdom” which will be a Korean original series, and will feature eight episodes. Kim Seong-hun will direct this, and Kim Eun-hee will handle the script. Both individuals are described as being huge figures in the Korean t.v. pop culture.

The show will be set in Korea’s Joseon period, and will be described as a zombie-thriller. Sounds interesting.

Flash Casts Major Villain – “The Flash” has decided to cast long time villain, Abra Kadabra for this upcoming season. The character will be played by David Dastmalchian, who played one of Ant-Man’s criminal buddies in the van in the film “Ant-Man”. The character doesn’t have a debut yet, but it’ll happen before the season end, word has it.

Marvel Releases ‘Generations’ Synopsis – Alex Ross is amazing, but he’s only as good as his writer. This was on full display in the seminal classic, “Kingdom Come”, as both art and story blended perfectly. However, Ross has huge task ahead of him for the upcoming Marvel series “Generations”. The upcoming series has a synopsis thanks to Amazon. Check it out below;

Once upon a time, a skinny kid from New York City picked up a shield and charged into battle… a prodigal son lifted a sacred hammer and proved himself worthy… and an arrogant genius forged an armor that would harness his true potential. And together, they became Earth’s Mightiest Heroes. Today, that heroic legacy lives on in the next generation of heroes – and it will be put to the test as the Marvel Universe’s greatest champions unite and charge headlong into tomorrow! 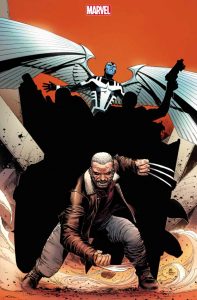