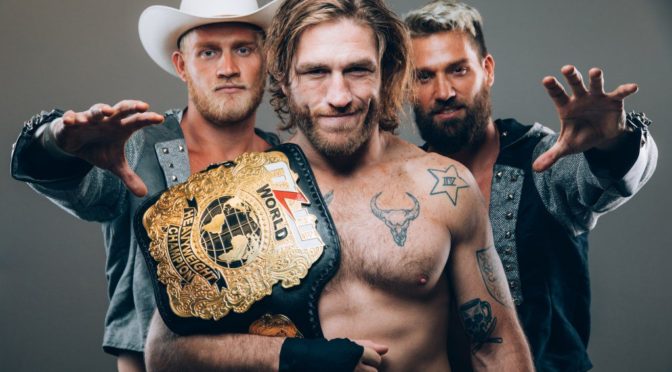 Former UFC fighter Tom Lawlor is done with MLW, for now, but will find a lot of interested suitors now that he’s a free agent.

Tom Lawlor is a free agent for the first time in two years. The former UFC veteran is once again fielding offers from different companies with NXT (WWE) and NJPW being in the mix. They won’t be the only ones, ROH just went out and got Dan Maff (again), and you better believe IMPACT Wrestling will make a call or two.

Where he goes is anyone’s guess but as long as it’s not NXT, he’ll have a chance to thrive. One place that isn’t being talked about but could very well be a destination is Bellator. The MMA promotion based in Hollywood has been growing steadily over the last few years with their ability to bring in established UFC names while pairing them against homegrown talent.

Lawlor offers a real nice mix of talent, and at 36-years-old isn’t too old to get back into things. He’s cleared and free of any fighting suspensions and could slide right into some marque fights in the main event for the welterweight or middleweight divisions.

The best move for Lawlor, aside from a return to MLW, is IMPACT or NJPW. I’m not sure if NJPW is even that interested in Lawlor, as his appeal isn’t something I’d say goes across the lines into Japan. If anything he’s more of a Jeffery Cobb level wrestler with regards to name value and NJPW has a lot of those.

That said, if NJPW is looking at locking up exclusive talent for the state-side expansion, Lawlor might be the perfect fit behind guys like Juice Robinson, Cobb and the Young Lions. He’d be an immediate top guy and could contend for the IWGP United States Championship.

I’d love to see Lawlor in IMPACT, however, with guys like Ken Shamrock, Stephan Bonnar, Eddie Edwards and others, you might be able to revive the Grand Championship format with guys more accustomed to an MMA/combat sports styling.

Regardless of where he goes, Lawlor is going to be one to watch.