All photos courtesy of Ben Turpen at Twitter via @BenTurpen

All Champions are from the start of the tapings. 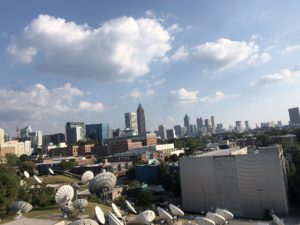 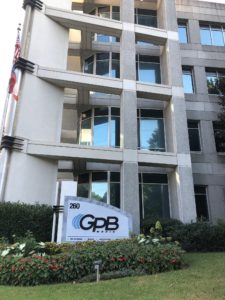 Roster Overview – top to bottom, this is a solid roster.  It won’t bring in 12,000 like an AEW outing but the roster is far more spread out and won’t be as top heavy as AEW’s is.  Eli Drake and Nick Aldis are clearly the top two guys in the promotion, with James Storm being a big enough name to qualify as a true main eventer.

Caleb Konley, Ricky Starks and Dan Parker appear to be younger/lesser known guys that the NWA will look to build up over the weeks and months.  The Question is just that, a question, and guys like Mr. Anderson and Colt Cabana are there to provide some 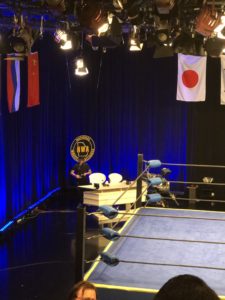 name value in the midcard.

The real unique name among the men is Trevor Murdoch.  Murdoch is actually a really great worker, using a lot of physical and brutal strikes similar to that of Stan Hansen, Murdoch is an old school throwback that fits right in with the NWA brand.  He and Tim Storm will be early challengers for Nick Aldis, and really could be the guy to dethrone Aldis in time.  Murdoch’s been out of the spotlight for nearly a decade, so seeing what he has left is a priority before getting to ahead of ourselves. 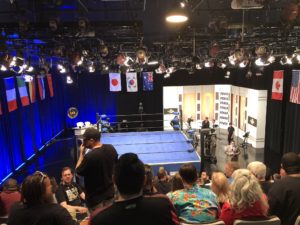 Storm on the other hand is in a great place.  Much like Ken Shamrock, Storm is a 50-something year old who is finally getting his shot.  The former NWA Worlds Champion will be able to showcase his talking and grappling on a consistent platform finally and may just help the main stream wrestling fandom shift their opinion on older workers.

For the tag teams, there’s not much here.  The Wild Cards are anchored by Tom Latimer who has a sketchy history, and a reputation in the industry.  Really only around because his best friend Aldis is champ, he’s not someone you should build around.  His partner Royce is newish to the main stream fandoms, so he’ll get to showcase his work in front of thousands finally.  Teams like Billy 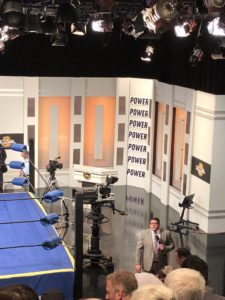 Buck and Sal Rinauro and the Dawson Brothers have a lot to prove.

The Rock ‘N’ Roll Express are in their 60’s, but are still somehow wildly popular and are constantly able to work a rate that is respectable for their ages.  The team to look out for is the former members of LAX, Kingston and Homicide.  The duo are still great workers, and Kingston has the ability to branch off and main event against the right guys.

The women’s division isn’t deep but it has some bangers.  Allysin Kay is a good worker who’s getting more exposure on the indies than before, most recently working with Josh Barnett’s Bloodsport event.  Fellow IMPACT alum Marti Belle is also with the promotion.  She’s athletic and got a great look so she should get over.  Thunder Rosa comes over from Lucha Underground and is looking to improve her standing in the indies with the NWA and her blossoming MMA career in Combates Americas.   Ashley Vox is pretty solid as far as workers go but she still needs exposure.  Crystal Rose and Brooklyn Creed are relatively new to the main stream scene and are largely unknown.

Overall: The talent in the NWA isn’t as top heavy as AEW, or as diverse as IMPACT but it’s pretty damn good.  They need more main event stars, as the three they have isn’t going to cut it.  The tag team

division is their weakest link but with the shorter match styles, they might be able to hide some of the shortcomings.

Minor News: The NWA unveiled a new women’s championship belt that has the face of the champion as the centerpiece.

Despite being open to working with AEW, NJPW, ROH and others, Billy Corgan is not interested in working with IMPACT Wrestling.  This isn’t that surprising as Corgan has a long and well known history of emotional over-reactions and holding grudges long past any reasonable level.  He’s feuded with his former and current band members for nearly 30 years, while actively holding grudges against critics of his music for no reason.

The show will begin airing worldwide next Tuesday, October 8 starting at 6:05 pm EST. The show will be free to air live on the NWA Facebook and YouTube channels, as well as archived on those respective channels and FITE each Saturday night.

Additionally, the NWA has confirmed they will return to Atlanta for a pay-per-view event on December 14; the company is currently in town to record content for their first television taping today and tomorrow night.

The National Wrestling Alliance is proud to announce…

NWA POWER is coming to you worldwide every Tuesday at 6:05pm ET starting on October 8th.

As unveiled today by NWA President Billy Corgan at the Hard Rock Cafe Atlanta…. this return to its roots for the National Wrestling Alliance with studio wrestling is being made widely available for all great wrestling fans at the same time around the world. You can watch this show with no restrictions, no paywalls. Watch with other NWA fans during the live premiere every Tuesday at 6:05pm Eastern.

And if you can’t watch the live premiere, the show will be available on-demand via those platform plus they will be made available on Fite.TV every Saturday Night.