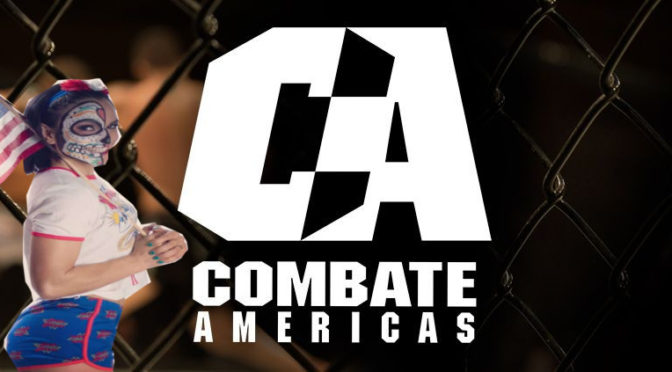 2019 will go down as one of the biggest years of Thunder Rosa’s career.  Her wrestling career is on an upswing, more people are taking notice of her than ever before, and she officially became a U.S. Citizen this year.  This isn’t bigger news than the last point, but it’s pretty cool nonetheless and a great way to continue her 2019.

Announced today Combates Americas announced that she had signed a multi-fight deal; joining Sexy Star and Alberto El Patron as wrestlers who are joining the MMA promotion.  Patron is also one of the figure heads for the brand and will face off with Tito Ortiz in the promotions biggest bout name-value wise in brand history.

Rosa, 33 (according to CageMatch) is listed as a long time BJJ practitioner and may be able to be huge for the brand.  The cross promotion is going to be good for not just Combates Americas but also for Rosa.  If Rosa is able to achieve some success within Combates Americas, it’s very likely she could end up being looked at by Bellator.  The UFC doesn’t often pursue newer talent, who don’t have a huge pedigree in the MMA world but Bellator is always willing to take opportunities.

Well guys, it is official now. Soon I will be stepping in #lajaula for @combateamericas I always dreamed to accomplish big things! This is something I had been working hard and I’m beyond excited about it! #combateamericas #lameramera #bttsa https://t.co/7yoOXNEdYk

I’m a big pro wrestling and MMA fan, so to see a wrestler I’m a genuine fan of (such a great gimmick and look, check her out) compete and perform in the two industries I’m most a fan of (besides baseball obviously) is great just for me personally. I’m sure it’s even better for her.  I’m hoping she dominates and gets a bunch of early victories to raise her MMA profile.  I don’t know if a showdown with Sexy Star is likely, as I’m not sure who’s in what weight class, but that could be a big enough bout to get some casual wrestling fans to tune in.

Rosa joins IMPACT’s TJP as recent pro wrestlers who are in talks or have signed with major MMA promotions.  WWE’s Jack Gallagher was also offered a deal with Bellator, while colleague Bobby Lashley still has aspirations to fight for the MMA brand again.  Former WWE wrestler Jake Hager (Jack Swagger) is currently 2-0 in his MMA career (against scrubs) and is looking to fight again in 2018 for Bellator.