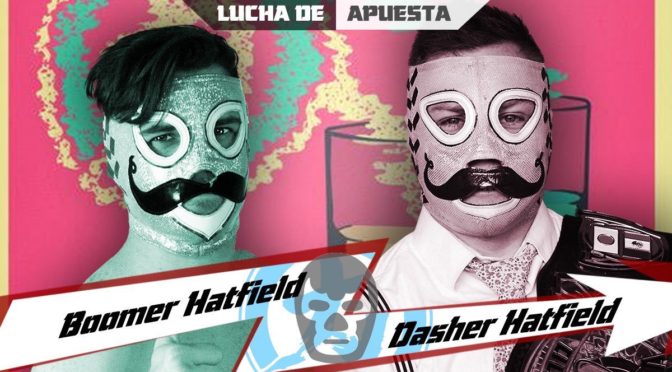 Despite not being seen in wrestling since May 26th, the man we call Dasher Hatfield has been getting ready for his return to Chikara as 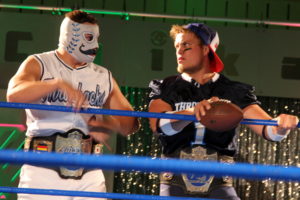 Grand Champion.  The longtime mainstay with the Philadelphia based Chikara promotion was known to the world over as the old-timey baseball player.

A mask designed in the form of a baseball, with a fake mustache was his staple for over a decade.  The mask and his old-timey ways were ingrained in his essence. Tag teams with Sugar Dunkerton, the man he beat for the Grand Championship Mark Angelosetti, and now his ‘son’ Boomer Hatfield have all formed a partnership with Dasher that helped define who he is.  The throwback guy.

And then his ‘son’ Boomer beat him in a Lucha de Apuestas match, where each Hatfield put up their familial masks against one another.  This was the May 26th event, where Boomer shocked the world and took his ‘fathers’ mask from him and the last time Dasher would ever wear that iconic mask again. 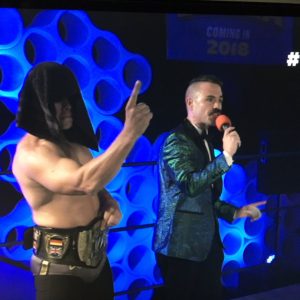 It wasn’t until September 7th that Dasher would return and he’d return after over three months off to successfully defend the Grand Championship against Mick Moretti.  The retaining of the title was almost second to the more shocking story of Hatfield being seen without his mask for the first time ever.

Dawned in a black towel, Dasher walked out and faced down the crowd at the Wrestle Factory in Philadelphia, Pennsylvania and squared off against Moretti.  The match was the longest of the night at 15:48, and went on earlier in the evening, something Dasher claims on Twitter will be a recurring trend for him going forward.  Though that seems unlikely.

With Dasher now unmasked and the King of Trios right around the corner, it doesn’t appear that Dasher is all to beaten up about things.  Dasher has been tweeting out his face for the first time ever on Twitter (that we know of) and we can see just how happy he is.

Apparently Dasher has two young children, something we never knew, and is advocating that he’s a family man on Twitter.  He’s also not too ashamed of his face, as he keeps referencing how much more free he feels and after seeing his face myself, one can’t help but argree that the ego he’s embracing now isn’t warranted.

Book me on your wrestling show. The world just found out im handsome and a great father. This will help attract the ladies to your show.

Dasher losing the mask actually sets up a unique situation for him in his career.  For a long time his mask was his identity and it helped him get over as a character.  Now without the mask and seeing a very marketable face, Dasher might just be inline to get over as a  wrestler.  I’ve long said Dasher and Angelosetti deserve the national stage.  They’re incredibly talented but Dasher was held back by the mask, a common limitation in the United States scene.  Maybe without the mask now, Dasher will get a real look by some major feds.

In losing the mask he may of lost part of his gimmick, but without the mask it seems he’s found his identity.