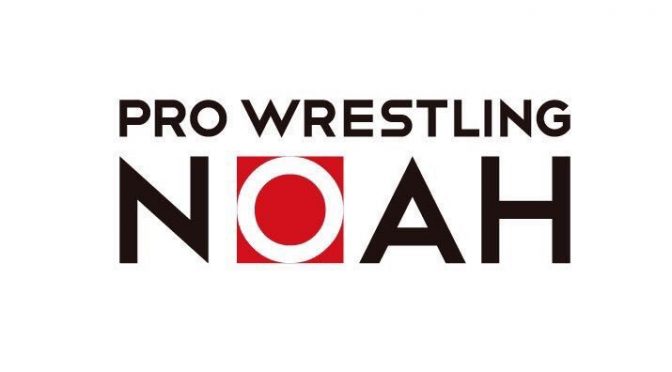 For non-Pro Wrestling NOAH fans, an event without cross promotional star power isn’t always the best first experience.  Usually fans will get suckered in when a known commodity is brought in to add a little extra star power and that’s what NOAH is doing for their event on September 16th at the EDION Arena in Osaka, Japan.

The card beyond the star studded guests is pretty deep as well.  The 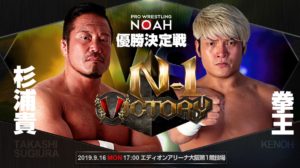 N-1 Victory Tournament will finish at the event as the A-Block Winner Takashi Sugiura will face off with the B-Block Winner Kenoh. 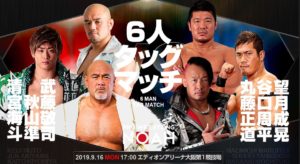 The GHC Junior Heavyweight Championship will be defended by HAYATA against YO-HEY.

Yoshinario Ogawa, Kotaro Suzuki and Chris Ridgeway will take on Kazushi Sakuraba, Hajime Ohara and NOSAWA in another six man tag match.  You Pride fans might recognize Sakuraba’s name, as he was one of Pride’s biggest names and well known in the MMA community as the Gracie Hunter.

The IPW Junior Heavyweight Championship will be defended by Daisuke Harada against Atushi Kotoge. 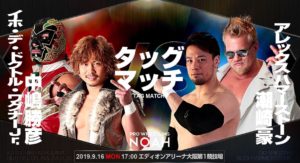 Doctor Wagner’s son will tag with Katushiko Nakajima and will take on Go Shiozaki and Alex Hammerstone.  Shiozaki and Hammerstone faced off against each other on MLW’s latest episode of Fusion. 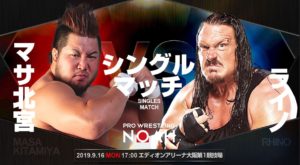 face off with Masa Kitamiya.

NOAH’s looking at getting it’s feet back underneath it,  and this N-1 Victory Tournament finale will be just the thing to help rejuvenate the brand in it’s first year under new management.