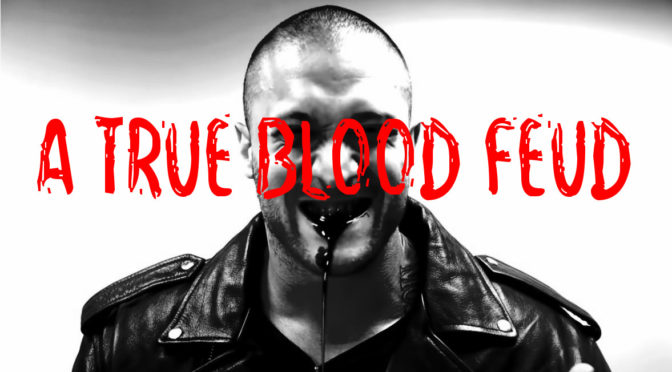 Mike Johnson has just posted this update, at about 11:30 or so on September 4th, clarifying some points below in the column.  As this column you’re reading was posted on the 3rd, obviously some points now are a bit out of date.

Impact Wrestling sources have confirmed to PWInsider.com that Killer Kross is not booked for this week’s TV tapings. The company remains steadfast in their belief that they offered Kross a six-figure deal (we are told the six figures are in total over three years, broken down as $40K, $60K and 80K) in a new deal, which Kross declined and that he is being held to his existing deal, which has 18 months left. We are also told by Impact sources that Kross has hired an attorney and is using that attorney to facilitate all communication between the two sides. In regard to the blading issue, Impact sources claim that their side were the ones who offered the fake blood to Kross when he declined to blade and there was no issue with his choice. While conceding there were no doctors at the Slammiversary event, Impact sources stated they did have EMTs present at the show.

The minute you take a side, is the minute you decide that you know all the facts.  No one, not even different sides in a conflict will know the facts to a situation.  I respect Mike Johnson and Bill Pritchard quite a bit.  I have no reason to doubt their reporting. I have a ton of reasons to doubt Sean Ross Sapp and others, but that’s not today’s point.  I bring up Pritchard and Johnson because they broke a story today that needs to be told, needs to be explained and above all else needs to be approached from a neutral perspective.

All of the information for this write is found in Pritchard’s WrestleZone article and Jonshon’s PWInsider article, as well as just common sense things like dates and times that you, yourself, can search out.  I’m reaching out independently to a few contacts but I doubt I’ll hear back from them until well after this has been posted.

On June 28th, IMPACT (via WrestleZone ironically) announced that Killer Kross and Eddie Edwards would engage in a First Blood match.  This was all from stuff filmed in early June, on either the 6th or 7th of the month.  Well over a month prior to Slammiversary.  The angle that Kross and Edwards was shooting was building up to a first blood match.  Everything was tying into it, even the promos.  Most notably the one with Kross in the church, drooling fake-blood.

IMPACT had built up to this match for months, or at the very least a month, and it appeared that all things were going to plan.

Then Indiana was hit with a Hepatitis C outbreak.

To be accurate, Floyd County, Indiana was hit with a Hepatitis C outbreak.  Dating back before February, local news agencies cite an opioid caused Hep-C outbreak that lead to increase results in positive testing throughout the area.

This all came to a head at a local indy promotion in southwest Indiana called Pro Wrestling Trainwreck, who put on an event called “Welcome to the Wreck Room” that saw just about every wrestler on the card bleed.  The event was so bloody that the Health Department of Floyd County (where the show was held) issued a warning to those in attendance to get tested.

As of what I could find, this was not because of any positive tests from the talent prior to or after the show, strictly a precautionary measure considering the epidemic in that part of the state right now.  The bleeding was so bad that that IMPACT affiliate – Ohio Valley Wrestling, had Chad Miller speak to WDRB 41 about the issue.  Miller is a “business partner” of Gladiator Sports Network, OVW’s parent company.  He slammed the promotion after it was reported the show was under investigation.

As of right now Pro Wrestling Trainwreck is still running shows; which means that there was much ado about nothing in regards to the show in Indiana.  Except if you’re 842 miles away in Dallas, Texas.

As the report goes, Kross became concerned about the fact that there was, “no outside medical personnel on hand at the show in Dallas”.  What does that mean exactly? Well according to Texas’ own state law, physicians need to be on hand for all combat sports events.  Considering previous cases it’s fair to say that pro wrestling would be considered the same type of entertainment, so IMPACT would more than likely have to bring in someone to handle injuries and such.

Which means that Kross wasn’t happy about having to report to an IMPACT approved physicians.  Paranoia or deserved concern?

The issue over the Hep C/Indiana wrestling show ended up being nothing.  Kross, allegedly, cited this as a reason for why he didn’t want to blade.  Something that was set up at least a full month in advanced.

There’s really no excuse for that aspect of the story, that IMPACT was “running around” looking for fake blood the day of the show.  The Wreck Room Debacle was nearly two weeks prior on the 23rd of June.  It wasn’t like the day before.  The news broke three or four days later, with the story hitting pro wrestling outlets around the 29th.  Plenty of time to get fake-blood.  So either Kross didn’t tell anyone or IMPACT is ran by clown-shoed, goofs.  Neither is a good look.

Clearly Kross opted to change his mind last minute after weeks of build up because he got spooked, no other explanation.  Kross had plenty of time prior to contact IMPACT or to just bring his own fake-blood if he was so unnerved by everything but instead threw a monkey-wrench into the plans the day of, causing a lot of heat by management.

On the flip side all reports are suggesting that Kross is taking care of a family situation in Toronto, that is apparently requiring a financial burden of some sort.  This has been the crux of the reason for the desire to have a new contract, not that he’s looking to leave.

Or wasn’t looking to leave.

When Kross found out that he was in higher demand than he originally thought, despite already working for AAA, Kross asked for a raise and the two sides couldn’t come to a deal.  This caused friction and continues to do so, and has even lead a talent or two to leave the promotion.  Namely Scarlett Bordeaux.

So where does everything stand? Right now, nowhere.  Either Don Callis, Scott D’Amore or Ed Nordholm are paying hardball right now for some reason.  They’re not trying to give Kross a raise, which is their right, nor are they releasing him which just makes the promotion look just like the WWE; that is to say petty.  Right now Kross is technically suspended, though he’s still working regularly – just not with IMPACT.

I see both points of view on this.  I really do.  IMPACT has every right to be pissed that Kross (apparently) opted to change plans day of show.  That’s inexcusably.   These things he’s worried about have been known about for centuries.  Why wasn’t this a concern when the idea was first pitched?   I also understand Kross’ desire to get paid, as a wrestlers career could be over in a heartbeat for any number of reasons.

It’ll be interesting to find out the details about this situation.  Like, why the on cite medical crew wasn’t good enough for Kross? Why IMPACT refuses to pay the man or release him? What do they think they gain out of this?  Wrestlers everywhere see how this is playing out, and are aware that it could happen to them.  Creating a culture of success starts with the hardest of situations.  IMPACT nor Kross have handled this the best.

If they did we wouldn’t be here talking about it.

There are other moving parts, like the alleged clause that prohibits talents from talking negatively about the promotion (though KM did that already, so that’s probably a lie), talent not getting merch payouts (despite many selling their own through their own stores) as well as a rumor regarding KM handling contract offers for talents who work with IMPACT, and more that just isn’t flushed out enough to comment on yet.

As the story evolves, we’ll address it further.