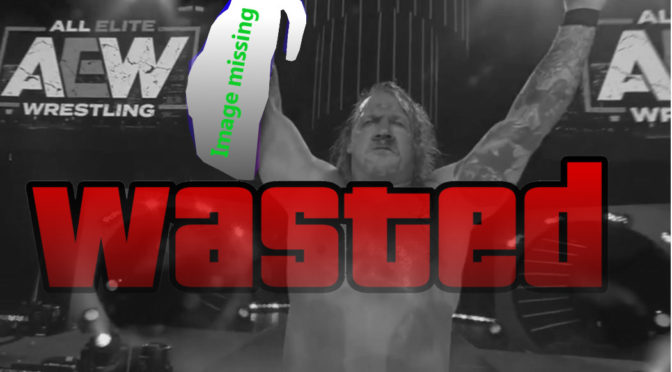 Chris Jericho left his newly won AEW World Championship in the limo after All Out.  He went to dinner at a Longhorn Steakhouse and when he came back to his limo, the belt had been stolen. Who steals a belt, I mean honestly?

The silliness of this whole situation is obvious.  Jericho having his belt stolen from him is straight out of a damn pro wrestling angle. I swear to god, if Ron Killings starts posting Instagram photos of him with the belt, I’m retiring from covering wrestling.

How do you top perfection?

“The victim reported the theft of his championship wrestling belt while he was eating inside Longhorn Steakhouse. The victim stated he arrived at the Millionaire Club Airport Terminal and place the belt inside his rented limousine. The limo driver shuttled the victim to Longhorn for dinner. The victim remained at Longhorn while the limo driver returned to the airport. The victim had taken the wrong luggage from the airport and the driver took it back to the terminal. When the driver picked up the victim from the restaurant, the belt was missing. Responding officers searched the limo and airport for the belt without success. On-call CID was consulted, and forensics responded to the scene.

Now, the belt is worth a lot.  This could easily warrant a third degree charge of Grand Theft if the title exceeds $10,000.  Which I’m assuming it does.  So whoever has the belt has no incentive to give it back, as they’ll be facing five years in prison for the theft.

That’s not to say that it’s all negative here, because as is always done on this website, we do it for the meme.s

Arby’s sounded off, the little brother to Wendy’s Twitter account,  and offered a consolation prize for Jericho;

Hey @IAmJericho, heard some Judas stole your championship belt. We’ve got plenty of cardboard… want a new one? https://t.co/V5ErXedVjI

Cody Rhodes, one of thirty-four Vice Presidents of All Elite Wrestling, had this to say about this pressing matter;

Bryan Alvarez is reporting that AEW does have a second title belt, which isn’t uncommon to do.  Most promotions of AEW’s size will have several made up, often giving a less expensive version to the wrestler to take home with them as a keepsake.

No word yet on who or why the belt was stolen but I’m so hoping Ron Killings is pulling an elaborate prank.

Update: Jericho, through AEW’s Twitter, has posted a statement on losing the belt.