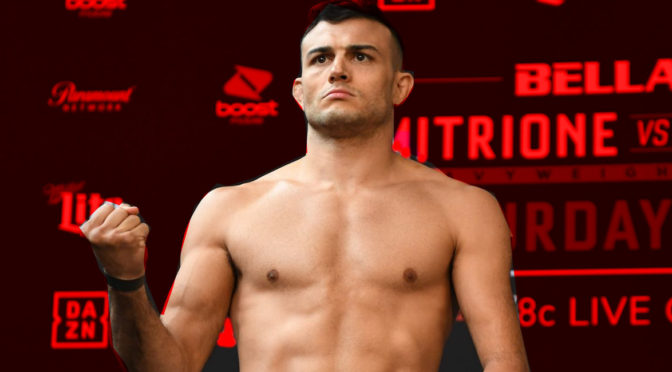 Nick Newell couldn’t find a job in the UFC to save his life.  Dana White gave him a “shot” but then opted to not sign him.  Dana White is a “genius” to many fight fans.  Yet, his fighters routinely suffer devastating losses outside of the UFC.  Chuck Liddell?  Randy Couture? Rampage Jackson?

Hell, when you think about it, most of the UFC roster is made up of Strikeforce talent it seems like these days.  At least the top of the cards.  Then in the lower weights you have guys that repped WEC back when.  White isn’t exactly the greatest eye for talent, he just signs guys and girls he thinks he can market.

After all, the UFC is owned by a marketing firm.  They’re not a sport, they don’t care about wins and losses, they care only about who can put on exciting fights and who can draw money.  It’s why White is always so hesitant to give opportunities to “boring” fighters.

That’s no way to run a sport’s league.

It seems like someone like Nick Newell (16-2) may of been a victim of White’s hiring bias.  Despite being in his prime and having now 11 finishes by submission victory, White didn’t sign Newell when the latter was on the Tuesday Night Contender Series.

Yes, he lost to a relative unknown but it’s not like White hasn’t gone into business with guys with less credentials before.  Kimob Slice was past his prime when he was on the Ultimate Fighter, CM Punk had never had a fight before in his career and was on the main card.  Then you have the most famous loser in UFC history, Stephan Bonnar; the man who’s whole career came because of his Ultimate Fighter Season 1 loss.

Yet Newell was overlooked.

Besides the loss on Dana’s series, his only other loss was to Justin Gaethje.  He’s in line for a UFC Lightweight title shot in the near future if he keeps winning.  How is someone like Newell getting passed by?

Well, and I apologize for burying the lead but it was done for dramatic effect; Nick Newell only has one arm.  To be accurate he doesn’t have a forearm.  He only has one hand, but two biceps.  Despite this disadvantage he has only lost twice and had a 4-1 record in World Series of Fighting, a top prospect league.

Is the lack of an arm the reason why White passed on him?  I believe so.  It doesn’t make a lot of sense why a top fighter would be passed by because of decision loss.  Well, the arm and him being a “boring” fighter by the standards of White.  See, White likes his fighters to throw punches and kicks, go for knockouts and get CTE.  A grappler like Newell?

Enter Bellator.  Needing to goose the attendance for their event in Bridgeport, Connecticut they looked towards the hometown kid Newell to fight on the card.  They pitted him in the main event of the pre-lims against Corey Browning (4-2), who was undefeated in his first two fights under the Bellator banner.  Newell needed all of three minutes to win the bout by tapout.

Since the win, everyone has the same question; will Bellator actually sign the guy?  They better.  Newell is an inspiration and wouldn’t be the first one handed pro sport athlete to do well.  Jim Abbott of the Yankees threw a no-hitter with one hand, and Abbott had to learn to throw with his off-hand (allegedly).  Then we have current Seattle Seahawk Shaquem Griffin, who’s looking to get a bigger role in the system this year.

Newell has an inspirational story, he’s a name fight fans know and respect and he’s a finisher; which most promoters want in a fighter.  He’s no charity case and can bring in people with his inspirational story.  This is a Disney movie waiting to be made and Bellator could capitalize on it by bringing him in now.

Newell could even compete for the Lightweight championship in Bellator.  It’s arguably one of their deepest divisions but if he keeps getting submission victories, it’ll be hard to not put him up against current Lightweight champion Patrício Freire.

Bellator needs talent with name value that aren’t over-the-hill-UFC fighters and Newell is a talent just like that.  He just so happens to be missing an arm.  Sign this man, and let him help elevate the brand.