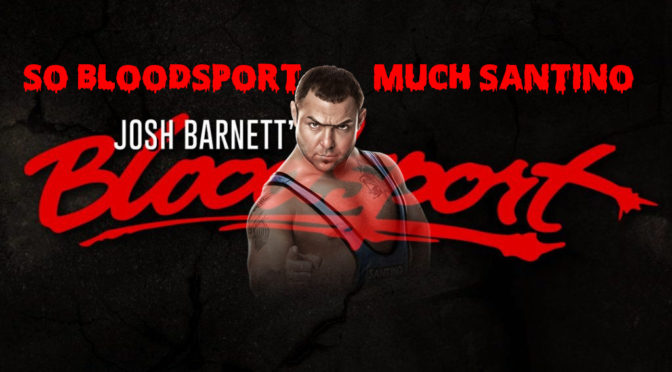 Josh Barnett’s Bloodsport is bringing in some peculiar names.  The 3rd event overall and 2nd with Barnett attached have announced that former WWE wrestler and sometimes IMPACT host Anthony Carelli (Santino Marella) will be coming into Bloodsport; but not as a fighter.

In Josh Barnett’s announcement tweet, Barnett flat out said he was coming in to judge the “ippon”, a terminology in Japanese that means the highest point one can earn. Carelli had to retire due to neck issues, so it seems unlikely he gets involved in any physical way.  Considering the last event featured Frank Mir making his pro wrestling debut and Dan Severn rolling his 60-year-old ass into the ring, it seems that the 3rd incarnation of Bloodsport is struggling to match the main stream name power that the 2nd event had.  Carelli will provide something unique for the fans, but so far the name value still isn’t where it was.

This comes in on the heels of Barnett announcing Lindsay Snow as another competitor in the GCW sponsored show.  She’s relatively new to pro wrestling and at 32 this event could help give the four year pro some much needed attention.  Tom Lawlor is also now set for the event as well, helping round out the event . While there are still some names left to be revealed before the September 14th event, I can’t imagine it’ll be more than one or two more.