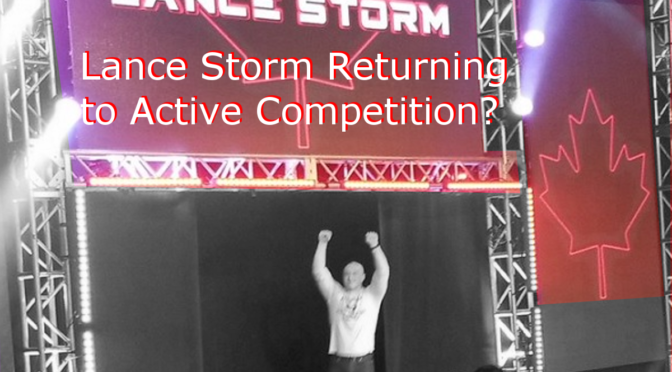 Lance Storm has opted to close the Storm Wrestling Academy at the end of the year, after helping train and develop some of the best wrestlers in the world today.  Storm has trained some of the best talent in the world, including; Laurel Van Ness, Gisele Shaw, Tenille Dashwood, KC Spinelli, Peyton Royce, Rachel Ellering, Tyler Breeze, Taya Valkyrie and Australian Suicide.

Lance Storm is not done with pro wrestling, as he’s stated.  The Wrestling Observer even said that Storm has agreed to a part time deal with someone, so it looks like Storm is looking at re-joining a big brand going forward.  A lot of fans are now speculating that he’ll be Chris Jericho’s partner in AEW though that doesn’t make much sense.

What is more likely is that he’s agreed to a full time deal with IMPACT Wrestling, a place he’s been working for the pats few months and has close friends in Scott D’Amore and Don Callis running the promotion.  With the company based in Toronto now, and a renewed focus on Canadian talent and touring, it makes all the sense in the world for Storm to join IMPACT.

Storm announced that we’ll have an update on his future in the coming days.  So we’ll see where he goes from here.