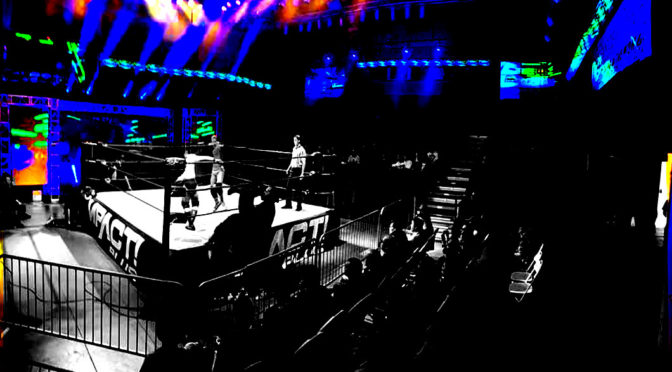 IMPACT Wrestling just finished up a three night tour across California this past weekend.  The three shows were a resounding success starting with Friday’s Unbreakable special on IMPACT Plus, the Twitch special on Saturday called Starstruck and Sunday’s IMPACT Wrestling taping.

All three shows pulled in capacity crowds in a market that isn’t well ventured by IMPACT often.  The smaller venues served a purpose and I believe did a great job to promote and highlight future shows in the area.  IMPACT has a history in Toronto, New York, Orlando, Chicago and even Philadelphia.   Southern California is a new territory for them and I think they should be given credit for what they were able to do.

Friday’s show saw a great showing, arguably their best yet on the IMPACT Plus service.  Championship Wrestling from Hollywood were part of the tour, and had a great showing, especially on that night’s opener.  Longtime mainstays Ray Rosas and Peter Avalon 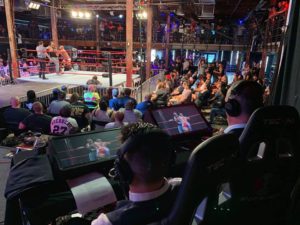 (also of AEW) tagged up to take on fellow CWFH competitors Chris Bey and Watts.  The best part of these shows are routinely the highlighting of new and little-before-seen-talent with IMPACT.  Of course, Avalon is not new to IMPACT fans as he competed back in 2014 as Norv Fernum.

The highlights for the first night was definitely Michael Elgin and Eddie Edwards bout, which captured their Japanese-strong-style pasts, as well as the Six Person tag match, which featured The First Family of Pump taking on Taylor, Meyer and Jervis.  The triple threat tag team title match that saw Rich Swann and Willie Mack take on former IMPACT and current CWFH tag team RENO Scum and the IMPACT World Tag Team Champs The North; where The North retained.  We also got a hell of a main event with Tessa Blanchard taking on Sami Callihan in a great return bout that may of tied their Slammiversary encounter.

Night two was a Twitch special and those are always a bit more janky quality wise but that’s ok.  The venue for Starstruck wasn’t as nice as the previous one, but the audio quality was better than the night before.  Like said night, a lot of Championship Wrestling from Hollywood talent was on the card, with Peter Avalon, Jordan Clearwater,  and The Rockness Monsters on the show. 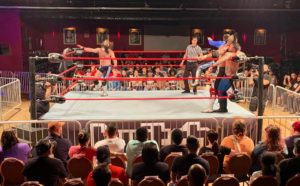 Lucha star Viva Van was also on the show, though I’m less familiar with her.  Reno Scum was also back on this show, and looked great as always.

The main event was worth the time it got, being Tommy Dreamer and Rhino against The North.  The North again shown bright and the name value of Dreamer and Rhino helped elevate the tag team in their victory.  Havok had two dominate performances in one night, and it’s clear they intend on pushing her hard.  Eddie Edwards got back into the win column against Moose and Jordynne Grace beat Madison Rayne.

That match was way too long however as  Grace shouldn’t be struggling with people like Rayne.

The TV taping on Sunday has scare information coming from it at the moment, all we know is that the event was a bit smaller than usual but was sold out.  There was also no  Earth Shattering debuts happened on the event, as we would’ve heard about it by now.  So Tenille Dashwood probably didn’t show up at the tapings.

For those upset that the photo of the TV taping looks “small”, just remember that this isn’t a normal area for them to tour.  They need to build and establish a base in the area.  Sure, they could use more people helping with the promotion.  Maybe buy some radio air time, hand out flyers and such, but they did a good job this tour.

It’ll be interesting to see what newly crowned No.1 Contender Sami Callihan is able to do against Brian Cage and when that bout happens.  It could be at Bound for Glory but as of right now we don’t know.  They’re clearly angling for Tessa Blanchard to be in the main event of Bound for Glory, so expect it to be a three way.

IMPACT fans should be happy about this weekend, as it went off with out a hitch, it seems.