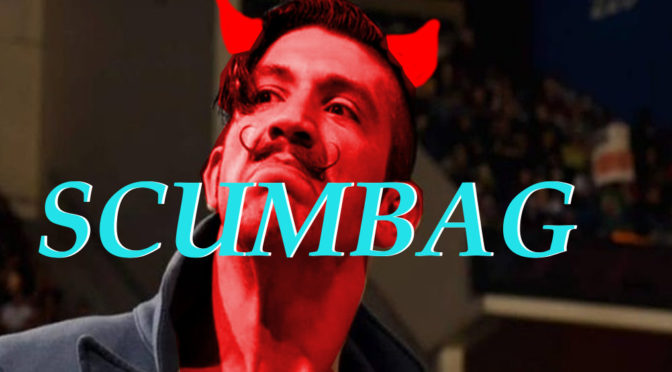 On his Instagram today, Grimm took questions today form his fans on his IG stories.  When asked about how many stars CM Punk, Elijah Burke and Grimm would get in a triple threat, Grimm replied with; 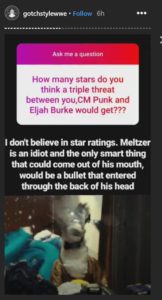 I don’t believe in star ratings.  Meltzer is an idiot and the only smart thing that could come ou tof his mouth would be a bullet that entered through the back of his head.

Needless to say that Grimm’s words are pathetic and cowardly.   Firstly, Dave Meltzer often says that his star ratings are HIS opinions.  Not the industry standard.  Secondly, Meltzer didn’t even create the star ratings system.  Yes, he did popularize the system in the states, but it was Jim Cornette who came up with the idea and suggested it to Norman ‘The Weasel Dooley.

Thirdly, it’s just fucking opinions man.  The wrestling landscape would still look the same regardless of ‘star ratings’ because pro wrestling borrows from everywhere else.  There were already star ratings for TV and movie shows.  Rotten Tomatoes would’ve still been developed.  Eventually someone would’ve popularized the idea in pro wrestling.

For Grimm to say this trash is proof that he’s not worthy of a companies time or money.  MLW should fire him immediately and the wrestling industry should ban together to show the world that we don’t take this type of behavior lightly anymore.  Grimm has made it his mission to go after people in shoot-interviews that he feels are a problem to the business.

Perhaps he should look at himself and realize he’s one of those problematic people.