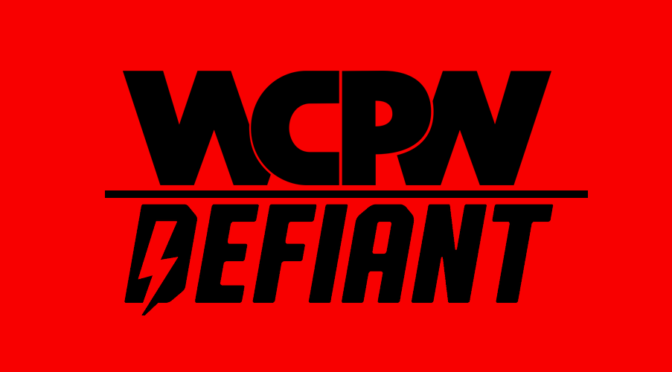 Whether you called them What Culture Pro Wrestling or Defiant Pro Wrestling (though Washington based Defiance Pro Wrestling sure hopes you don’t), the UK promotion turned a lot of heads in their three years of action.

Announced today at around six o’clock EST, the WhatCulture YouTube and website backed pro wrestling promotion was folding operations. Their last show was on the 29th of June, where David Starr of all people became their last Defiant World Champion.  The irony.

The group on Twitter released a press release saying;

It has been an absolutely incredible journey over the past three years, but it is with a heavy heart that we today announce that the journey must come to an end.⁰⁰

To each and every one of you who worked on a show, attended a show, or watched a show… thank you. pic.twitter.com/ox6G9cNWAH

The promotion was never a big money maker, as many have pointed out the extremely expensive and top price talent they routinely brought in for minimal payout.  They were built on a YouTube model but when YouTube cracked down on their contents site-wide, pro wrestling outfits got hit the hardest, and What Culture was easily among the worst hit by it; seeing as how their early videos always did strong numbers.

A name change came when the core group of people involved in the promotion left WhatCulture and started Cultaholic.  There was change on the wrestling side of things and Defiant came into being.  The former Wade Barrett took over as an on screen figure head and the promotion kept going up until about a month ago.

No explanation was given as to why, but money and lack of talent directing the product seems to be key contributors.  I’d also hazard a guess that some decline in numbers across the board had to hurt, and the WWE’s expansion into the UK probably was the ultimate nail in their coffin.  Though who’s to say at this juncture?