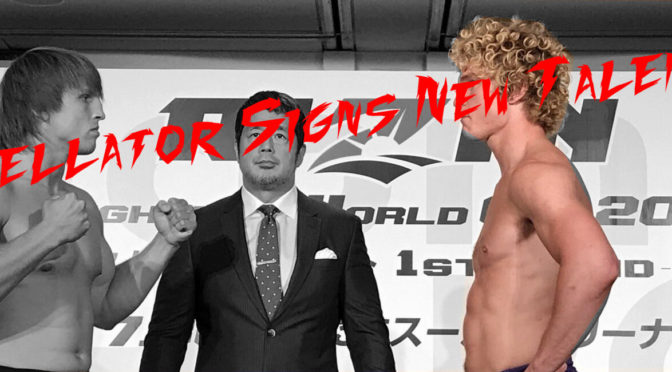 Bellator made a big splash earlier this week when they signed top Light Heavyweight talent Karl Albrektsson of Sweden.  The 9-2 Light Heavyweight has fought in RIZIN since the promotions launch back in 2016 and is currently 5-2 in the promotion.  Albrektsson is currently on a three fight win streak with two finishes to his credit and seven overall. Since he’s been fighting in RIZIN, he’s been facing off with a lot of top talent in the world, so he should be in line for some title-eliminator fights right off the bat.

The current Light Heavyweight Champion is the beast of Bellator himself, Ryan Bader and there seems to be some brewing competition just under him.  Namely being UFC legend Lyoto Machida.   There’s a also a chance that Machida fights for the Middleweight title, as he’s facing former Middleweight Champion Gegard Mousasi next.

Either way, Albrektsson is coming in with a lot of hype.

Milan, Italy has it’s main event for Bellator 230, hailing from the PalaLido.  Italian Alessio Sakara will take on Canaan Grigsby in the main event. The card is expected to be made up of mostly European and probably local Italian fighters, so don’t expect too much name brand type fighters on the card.