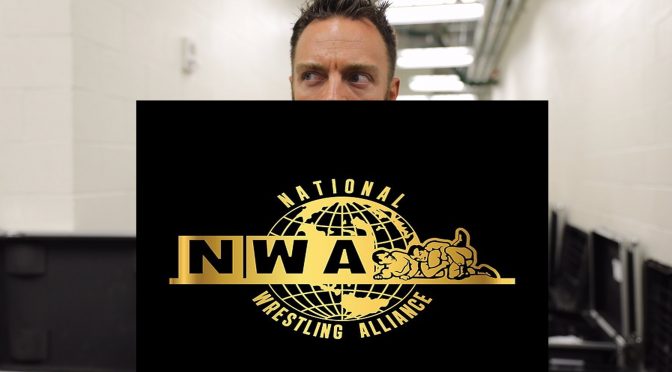 The time is finally here for the NWA to move on past it’s loose affiliations with Ring of Honor and begin their own journey of independence. At ROH’s Best in the World, the NWA announced Eli Drake’s return to pro wrestling as its new and exclusive signing. He marched out on the event’s pre-show and revealed himself to be Nick Aldis’ tag team partner for the evening.

Aldis, the reigning NWA Worlds Champion, was set to team with NWA National Champion Colt Cabana to take on the Briscoe Brothers. Cabana would end up getting hurt and Drake was penciled in as his new mystery partner. Drake’s arrival now means there’s less room at the top of the brand.

The NWA have only ran a handful of shows since it’s purchase by Billy Corgan, the most recent being the Crockett Cup. While neither show blew anyone away, both did serve a purpose in developing and establishing the new NWA brand. The problem though, especially with the Crockett Cup, is the over reliance on ROH.

The NWA don’t have that much talent affiliated with them yet, and one big act that works with the NWA more often than not is the tag team of The War Kings (Jax Dane and Crimson). Instead of using the Crockett Cup to further build and develop them as a top team for their brand, they instead gave the win to Villain Enterprises’ Brody King and PCO. Both men are under exclusive ROH deals but are allowed to work with the re-upstart NWA.

Much like ROH’s over reliance on the stars of NJPW, Corgan needs to make a consorted effort to promote and manage an actual company and not just two guys, a YouTube channel and a pizza place.  Kudos for anyone getting the reference.  Corgan has proven that Nick Aldis has something of value as a world champion for a fifth ranked promotion in the states.

He’s also proven that he can acquire talent worth having in the world of wrestling, as he’s been involved with the industry for nearly a decade through R-Pro Wrestling out of Chicago, IMPACT Wrestling and now the NWA.  He has a legion of men and women who value him as a boss, and while he’s made some enemies along the way, he’s in a prime place to give this a true go.  Eli Drake isn’t Hulk Hogan in regards to his drawing ability, but Drake is a name that legitimizes a brand.  After two years of this loosely affiliated run, it’s time to buckle down.

Eli Drake and Nick Aldis should headline their next NWA event, which in itself should be the start of a regular touring schedule.  AEW is going to be a hit, and hopefully that’ll encourage cable outlets to give brands like IMPACT and the NWA a shot at some decent time slots.  Maybe Pop or even Destination America will get back in with the wrestling game and bring the NWA on board.  Either way though, the time is now for the NWA to strike.