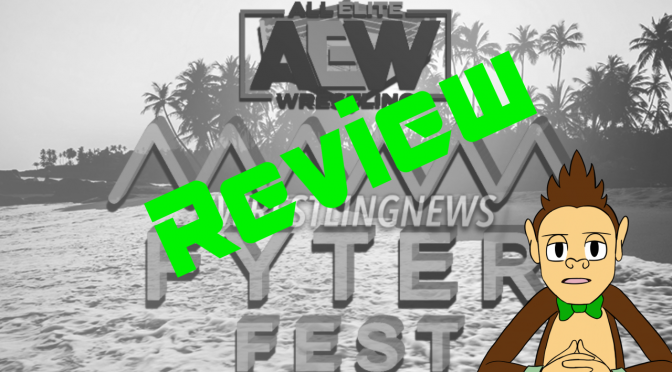 Tag Team Match
Best Friends (Chuck Taylor and Trent Beretta) vs. SoCal Uncensored (Scorpio Sky and Frankie Kazarian) vs. Private Party (Isiah Kassidy and Marq Quen)
– Didn’t see it, so can’t comment on it.  That said, all the people who I talked to it gave it some type of praise.
Winner: Best Friends
Grade: 3rd party recommendation.

Singles Match
Allie vs. Leva Bates (with Peter Avalon)
– This was a solid outing for Allie.  She looked dominant and crisp . Leva Bates and Peter Avalon offer no value in their current role.  Consensus for the Librarians is that they’re useless.  I think if you made them pre-match annalists talking about the wrestlers, stats and other sport-like elements of wrestling then it’d work. Them as a gimmick though?  Worthless.
Winner: Allie
Grade: C-  (Did it’s job to put Allie over)

Hardcore Match
Michael Nakazawa vs. Alex Jebailey
– For a hardcore match with a non-wrestler, this was oddly good.  It won’t win any awards, and shouldn’t of made it onto the main card, but for a pre-show main event?  Perfect place.  Jebailey did a good job working despite not being an active wreslter and Nakazawa has the crowds support with little effort. Announcers did a good job putting over Jebailey’s knee issues, and the fact that Nakazawa was crazy.
Winner: Nakazawa
Grade: C+ (Entertaining, put Nakazawa over.)

Singles Match
Cima vs. Christopher Daniels
– This wasn’t the match I was hoping for, but that might be due to the age of both competitors.  Cima and Daniels did a good enough job, no doubt there.  Daniels has fallen off some, but not that much considering.  He’s still a great worker.  Cima was good, but I felt he didn’t put his best foot forward.  Overall, it was solid.
Winner: Christopher Daniels
Grade:  C (Just missed the mark, harder standards on the main card as opposed to the pre-show).

Three Way Dance
Riho vs. Yuka Sakazaki vs. Nyla Rose
– Yuka was super over when she came in, and the match should’ve been designed to put her over, instead she took most of Riho’s offense.  Nyla Rose had a gruesome spot where she came off the top rope and hit (I believe) Riho with a knee to the head.  Rose did a lot of spots where she was inflicting damage to both women simultaneously.   The novelty wore off fast.
Winner: Riho
Grade: C+ (A lot of botches early on, and the wrong woman won).

Four Way Dance
Adam Page vs. Jimmy Havoc vs. Jungle Boy (with Luchasaurus) vs. MJF
– A fun match but the need to hammer in Jimmy Havoc and Jungle Boy into this match didn’t serve much purpose.  With the fact that Page won over Havoc and not even MJF, makes you wonder why not just do a tag team match?  Jungle Boy was a darling on the internet after the bout due to his athleticism, while Jimmy MJF had a great promo before the match and had the fans eating out of his hands.  With Page winning, most of the mach was properly highlighted.  Yet, not Havoc.  Havoc didn’t really showcase too much in the match, which hurts the overall grade of the encounter.
Winner: Page
Grade: C+ (Could’ve been a better tag match)

Singles Match
Cody (with Brandi Rhodes) vs. Darby Allin
– This match is a text book case of what not to do.  Two big spots spoiled the story of Darby Allin able to take a lot of pain, as it drew focus onto a debate and off of the story in the ring.  Allin leapt from the top rope to the edge of the ring, landing spine first.  The move made a sickening thud and instantly had the internet debating about the stupidity of that move.  Any sensible booker would of had that as a finish, but not AEW, as Allin then ate the Disaster Kick for a two. Not long after there was a Cross Rhodes that Cody failed to follow up on.  The match then ends in a draw, as the 20 minute time limit had expired.  Post match Cody eats an unprotected chair-shot to the back of his head, opening him up.  Cody was busted open, needing twelve staples but according to AEW’s official Twitter account; no concussion was found.
Winner: Tie
Grade: D- (I’m not about reckless spots for easy pops)

Six Man Tag
The Elite (Kenny Omega, Matt Jackson and Nick Jackson) vs. Lucha Brothers (Pentagón Jr. and Rey Fénix) and Laredo Kid
– The Elite came out to a great, but way too cheesy Street Fighter theme with the Bucks coming out as Ken and Ryo, while Kenny Omega emerged as Akuma.  While the entrance was great, there was a spot where the trio hit their opponents with a Street Fighter ‘Hadouken’ attack.  That was too stupid, and too cheesy.  The rest of the bout was great however.  A slow build to an intense conclusion, that saw big spots throughout the match.  Not great, but a lot better than many expected at the start of the match.
Winners: The Elite
Grade: B (Too high spotty for me, but a really good match regardless)

Lights Out/Unsanctioned Match
Jon Moxley vs. Joey Janela
– This match was intense, and violent.  Janela was as Janela-y as possible.  Moxley though delivered a great performance and was able to keep the audience engaged with him through every breath.  A few big spots we’ve seen far too often, barbed wire boards, table spots, etc.  The ending came with a unique take, as Moxley dragged the shoes off of Janela and placed him feet first into a pile of thumbtacks.  He then hit Janela with his double arm DDT finisher, practically head first, into the same pile of tacks.
Winner: Jon Moxely
Grade: B- (Finding Janela to be utterly useless, I can’t justify giving it that high of a grade).

– The Allin/Rhodes match hurt this show for me.  I can’t watch those two spots again without cringing.    That said, the production was great and the announcing was suburb.  The average grade for the show was going to be a C- but I was so impressed with the commentary and the production of the set, I’m going to bump it up some.  JR was spot on, funny and deferred to his colleagues.  Excalibur was fantastic and the other man  known as GoldenBoy was a nice addition.